"A novel that grapples with the most ethical of questions: not only ‘who am I,’ but also ‘what are my obligations to others?’. . . . The reader must tease the significance out, often with great effort. But the reward is definitely worth the effort."—Terri DeYoung, author of Placing the Poet: Badr Shakir Al–Sayyab and Postcolonial Iraq

Award-winning novelist Bensalem Himmich’s third novel to be translated into English is a vertiginous exploration of one of Islam’s most radical thinkers, the Sufi philosopher Ibn Sab’in. Born in Spain, he was forced to immigrate to Africa because of his controversial views. Later expelled from Egypt, Ibn Sab’in made his way to Mecca, where he spent his final years.

Himmich follows the philosopher’s journey, outlining an array of characters he meets along the way who usher in debates of identity and personal responsibility through their interactions and relationships with Ibn Sab’in. Set against the backdrop of a politically charged thirteenth–century Islamic world, Himmich’s novel is a rich blend of fact and imagination that re–creates the intellectual debates of the time. As the culture of prosperity and tradition was giving way to the chaos created by political and social instability, many Arabs, as Ibn Sab’in does in the novel, turned inward toward a spiritual search for meaning. In his fictional portrait of Ibn Sab’in, Himmich succeeds in creating a character, with his many virtues and flaws, to whom all readers can relate.

Bensalem Himmich is a novelist, philosopher, and poet. He received the 2002 Naguib Mahfouz Medal for Literature for The Polymath.

Roger Allen is the Sascha Jane Patterson Harvie Professor of Social Thought and Comparative Ethics in the School of Arts and Sciences at the University of Pennsylvania. 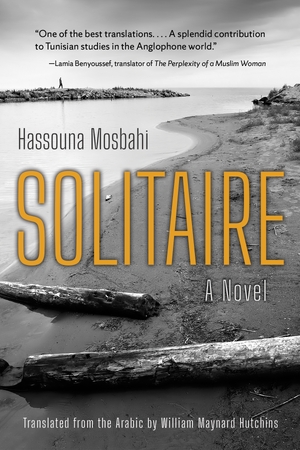