"A poignant story of loss incurred during senseless wars and of survival."—Wen-chin Ouyang, author of Literary Criticism in the Medieval Arabic-Islamic Culture

"A memorable novel, one that, like many works of fiction, offers a portrait of a nation and community, and thus contributes to an understanding of events and motivations in ways that no news broadcast or journalistic report can replicate."—Roger Allen, author of An Introduction to Arabic Literature

"This novel is a passionate cry against the war on Iraqi people. . . . Both writer and translator are able to reach deep into human suffering and unequivocally expose the atrocity of American-led war and Saddam’s revenge on the Iraqis. It is another testimonial in an inventory that should keep knocking at the human conscience."—Muhsin al-Musawi, author of Islam on the Street: Religion in Modern Arabic Literature

Hussein’s starkly beautiful novel Beyond Love plunges us into the 1991 Gulf War and its aftermath. Huda, the young woman at the center of the story, experiences the deprivation and humiliation of life in sanctioned Iraq, working in the satirically named al-Amal factory (factory of hope) making men’s underwear. While surveillance and fear permeate daily life, Huda dares to vote “no” in the referendum for Saddam Hussein. This courageous act could have led to her death had she not fled to the closest border, Jordan, where the novel begins. Huda is not alone: Iraqi exiles are legion there, all waiting to be relocated and start new lives. Unable to go home or to feel settled in a foreign city, she struggles to overcome her grief and haunting memories of the war and the Shi’ite uprising. In letters, diaries, and oral stories, Hussein’s characters viscerally portray the pain of war and the alienation of exile. Originally published in Arabic in 2003, Beyond Love introduces English-language readers to one of the leading voices in Iraqi fiction today.

Hadiya Hussein is an Iraqi writer who has published many novels and short stories. She currently lives in Canada. Beyond Love is her first novel published in English.

Ikram Masmoudi is assistant professor of Arabic Studies at the University of Delaware. Her research interests are in language and literature, and she is working on a book project about Iraqi war fiction. 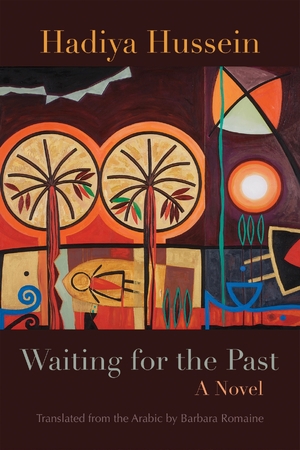 Waiting for the Past