Skip to content
Main navigation menu
The first anthology of Turkish love poetry in English, featuring more than one hundred poems by over fifty poets from centuries ago to the most recent decades.

"This book offers not only the delights of Islamic poetry, but also a cultural education."—ForeWord Magazine

"Nightingales and Pleasure Gardens is a gathering of Turkish poetry from the sixth century A.D. to the present day, including passages from epics, classical poems of the Ottoman Empire, folk poems, and enduring verses by immortal authors such as Rumi, Yunus Emre, and Nazim Hikment, all skillfully translated into English by Talat S. Halman. A collection of brief biographical notes of the various authors rounds out this excellent romantic gift or contribution to poetry shelves."—Midwest Book Review

The earliest turkish verses, dating from the sixth century A.D., were love lyrics. Since then, love has dominated the Turks’ poetic modes and moods—pre-Islamic, Ottoman, classical, folk, modern. This collection covers
love lyrics from all periods of Turkish poetry. It is the first anthology of its kind in English. The translations, faithful to the originals, possess a special freshness in style and sensibility.

Here are lyrics from pre-Islamic Central Asia, passages from epics, mystical ecstasies of such eminent thirteenth-century figures as Rumi and Yunus Emre, classical poems of the Ottoman Empire (including Süleyman the Magnificent and women court poets), lilting folk poems, and the work of the legendary communist Nazim Hikmet (who is arguably Turkey’s most famous poet internationally), and the greatest living Turkish poet, Fazil Hüsnü Daglarca.

The verses in this collection are true to the Turkish spirit as well as universal in their appeal. They show how Turks praise and satirize love, how they see it as a poetic experience. Poetry was for many centuries the premier Turkish genre and love its predominant theme. Some of the best expressions produced by Turkish poets over a period of fifteen centuries can be found in this volume.

Jayne L. Warner is director of research at the Institute for Aegean Prehistory in Greenwich, Connecticut. She is associate editor (with Talat S. Halman) of Sleeping in the Forest: Stories and Poems by Sait Faik. 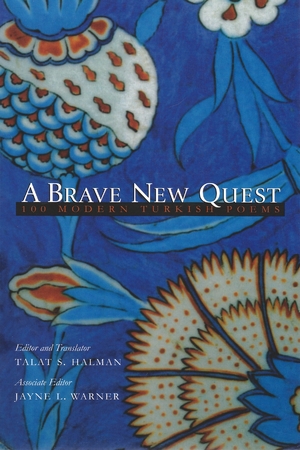 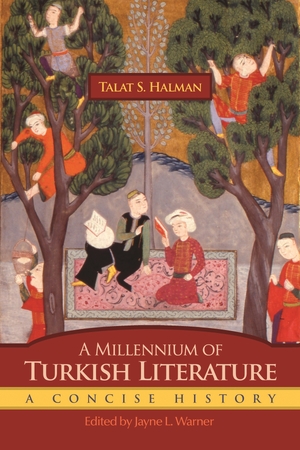 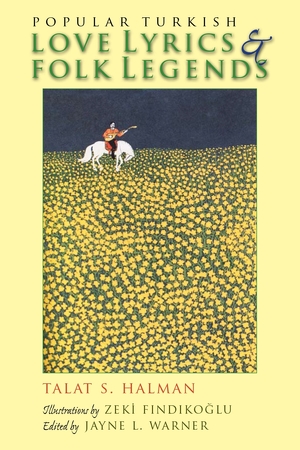