Skip to content
Main navigation menu
In his autobiography The Odyssey of An Apple Thief, Moishe Rozenbaumas takes us through his fascinating life, starting with his boyhood in pre-war Lithuania, with a focus on the most impoverished part of the Jewish population, rarely accounted for in the books written by survivors after the war.

"A fascinating read that portrays life in Telz, the vibrant Jewish shtetl or market town that was also a famous Yeshiva center."—Robert Shapiro, professor of Judaic studies at Brooklyn College, CUNY

"With an enchanting eye for detail, Moishe Rosenbaumas tells a lesser known story out of the Holocaust: escape to Russia from Lithuania, heroic service in the Red Army, hair-raising escape from the Soviet Union and successful resettlement in France. His is a fresh and unique voice and his book deserves recognition as a literary masterpiece in the library of Jewish memoir literature of the twentieth century."—David Biale, Emanuel Ringelblum Distinguished Professor, University of California, Davis

"A riveting story of a resilient survivor who underwent the most harrowing experiences during the time of World War II and its aftermath, never lost courage, always exhibited saving resourcefulness, and emerged from it all to build a good life for himself and his family. This is far from a run-of-the-mill memoir about the horrors of the Holocaust, and it will be a real gift to American readers."—Robert Alter, Emeritus Professor of Hebrew and Comparative Literature at the University of California, Berkeley

"From the page before the opening of Moishe Rozenbaumas’ incisive, heart-felt memoir we already feel the pain that will be inherent throughout much of his story. . . . Rozenbaumas concludes his touching narrative with the hope that the stories of the European Jewish civilization that was brutally erased from the face of the earth will not be forgotten."—Curt Leviant, The Canadian Jewish News

"May such translations across language, time and place continue, keeping these important voices alive."—Howard Freedman, The Jewish News of California

In The Odyssey of an Apple Thief, Moishe Rozenbaumas (1922–2016) recounts his fascinating life, from his Lithuanian boyhood, to the fraught experiences that take him across Europe and Central Asia and back again, to his daring escape from Soviet Russia to build a new life in Paris. Along the way, we get a rarely seen portrait of the lives of working-class Jewish youth in Telz/Telsiai, a religious town renowned for its yeshiva. We hear of the games children played, the theft of apples from a Catholic orchard, and Rozenbaumas’s early apprenticeship as a tailor once his father leaves the country.
The war breaks out and the teenaged Rozenbaumas flees Lithuania alone, unable to convince his mother and sibling to go with him. We learn of his life as a starved refugee in an Uzbek kolkhoz, his escape into the Red Army, and his unlikely work in the reconnaissance unit of the Soviet Army. After the war, Rozenbaumas is drafted into the Marxist-Leninist university and as a cadre of the Communist Party, ultimately escaping in 1956 with his family to Paris, where he and his wife give an openly Jewish education to their children.
In the vast literature of memory written by Jewish witnesses before, during, and after WWII, Rozenbaumas’s account stands out for the singularity of his experience and for his deft narration of events of mythological dimension from a personal perspective. The Odyssey of an Apple Thief offers not only invaluable testimony of this historical moment but also an illuminating and original portrait of Lithuanian Jews in the twentieth century.

Isabelle Rozenbaumas is a filmmaker, translator, and independent researcher. Her translations include Hitler's Professors: The Part of Scholarship in Germany's Crimes against the Jewish People. Rozenbaumas was the recipient of a 2013–2014 Baltic Jewish Studies Fellowship from YIVO’s Max Weinreich Center 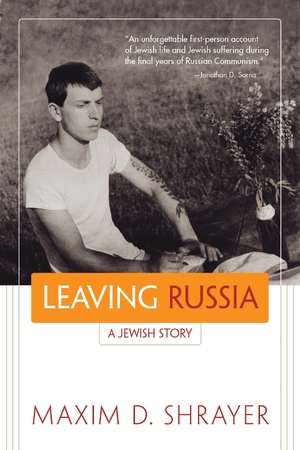