Skip to content
Main navigation menu
Explores the histories of the constellation of Bundist organizations which were devoted to sports, children, youth, women, and education and which revolved around the Jewish Workers’ Bund

"[Jacobs’s] intellectual integrity, the cogency of his analysis, and the thoroughness of his research make this book an invaluable contribution to our understanding of Jewish life and politics, indeed of life and politics in general, in that tragic historical episode known as interwar Poland."—Yoav Peled, Tel Aviv University

"His illuminating analysis of the left-wing laicist networks, into which the Bund was integrated, explains the attractiveness of the Jewish workers’ party for contemporaries and demonstrates once again that the Bund was far more than just a political party."—Gertrud Pickhan, Free University Berlin

"The author skillfully takes the reader deep into the workings of a popular political movement in the first half of the twentieth century in order to demonstrate the Bund's immense popularity during the interwar era."—Religious Studies Review

"In the past few years the Polish Bund has begun to receive much more scholarly attention and Jack Jacobs’s Bundist Counterculture in Interwar Poland is a welcome and important addition."—East European Jewish Affairs

In the years between the two world wars, the Jewish community of Poland—the largest in Europe—was the cultural heart of the Jewish diaspora. The Jewish Workers’ Bund, which had a socialist, secularist, Yiddishist, and anti-Zionist orientation, won a series of important electoral battles in Poland on the eve of the Second World War and became a major political party. Many earlier works on the politics of Polish Jewry have suggested that Bundist victories were ephemeral or attributable to outside forces. Jack Jacobs, however, argues convincingly that the electoral success of the Bund was linked to the long-term efforts of the constellation of cultural, educational, and other movements revolving around the party. The Bundist movements for children, youth, and women, and for physical education offered highly innovative programs and promoted countercultural values.

Drawing on meticulously researched archival materials, Jacobs shows how the development of these programs—such as a program to provide sex education to working-class Jewish youth—translated into a stronger, more robust party. At the same time, he suggests the Bund’s limitations, highlighting its failed women’s movement. Jacobs provides a fascinating account of Bundist movements and a thoughtful revision to the accepted view.

Jack Jacobs is professor of political science at the Graduate Center, City University of New York (CUNY), and professor of government at CUNY’s John Jay College. He is the author of On Socialists and "The Jewish Question" after Marx and editor of Jewish Politics in Eastern Europe: The Bund at 100. 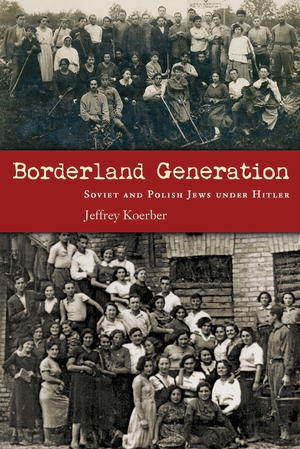