"Noble's book is a rich and important empirical, almost ethnographic, account of what actually took place within the boundaries of one particular extremist movement."—Anthropology Review Database

"Kerry Noble’s terrific book is a uniquely insightful look at how a community of spiritual seekers can become infected with radical doctrines that lead directly to political violence."—Mark Potok, Southern Poverty Law Center

"Kerry Noble is a man who can help you understand the mindset of how someone can go from a normal person to a terrorist. Everyone in the U.S. should read this book."—TJ Leyden, author of Skinhead Confessions: From Love to Hate

In the summer of 1984, Noble came within seconds of committing what would have been the largest domestic terrorist act in U.S. history at that time. As one of the founders of the Covenant, Sword, and Arm of the Lord (CSA), a cult paramilitary group, he carried a bomb into a gay-affirming church, intending to murder over seventy congregants. In Tabernacle of Hate, Noble provides an unprecedented first-person account of how a small spiritual community moved from mainstream religious beliefs to increasingly extreme positions, eventually transforming into a domestic terrorist organization.

Written after his release from prison, the author’s cogent narrative reveals the deceptive allure of extremist movements and the unmatched power of charismatic leadership. Noble also chronicles the intense standoff with federal agents at the group’s compound in northern Arkansas in April 1985. Originally published in 1998, this second edition includes an authoritative introduction placing Noble’s narrative and the CSA into the broader picture of American religio-political extremism.

A Christian minister since 1972, Kerry Noble has been speaking publicly against racism and violence since 1995. Noble is also the author of Tabernacle of Hope: Bridging Your Darkened Past Toward a Brighter Future. 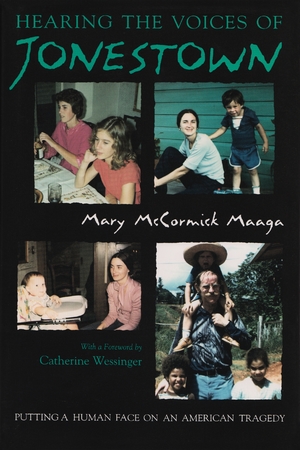