"Picturing Disability presents nine genres of 'disability photography' in a remarkable collection of 223 illustrations. Photos included range across more than a century, from the 1860s to the 1970s. The contribution of this work to the field of disability studies cannot be overstated, largely because of the scarcity of books on disability with a similar historical scope. . . . Its noteworthy coverage and fresh insights make it a terrific contribution to the field."—Journal of Literary and Cultural Disability Studies

"For anyone who is interested in the ways people with disabilities and their families were visualized and described in the past, and the ways those images then helped form stereotypes or perspectives towards disability in the present, Picturing Disability is an incredible resource and a must-read, or, rather, a must-read and must-see."—Journal of Disability and Religion

"As a series of essays, Picturing Disability is a volume that is not easily forgotten. It raises issues about the language we use. It forces us to look at social systems and institutions. It also makes us reflect not just on the use of photographs in American culture but also on the portrayal of those with disabilities."—Journal of American Culture

Midget, feeble-minded, crippled, lame, and insane: these terms and the historical photographs that accompany them may seem shocking to present-day audiences. A young woman with no arms wears a sequined tutu and smiles for the camera as she smokes a cigarette with her toes; a man holds up two prosthetic legs while his own legs are bared to the knees to show his missing feet. The photos were used as promotional material for circus sideshows, charity drives, and art galleries. They were found on begging cards and in family albums. In Picturing Disability, Bogdan and his collaborators gather over 200 historical photographs showing how people with disabilities have been presented and exploring the contexts in which they were photographed.

Rather than focus on the subjects, Bogdan turns his gaze on the people behind the camera. He examines the historic and cultural environment of the photographs to decipher the relationship between the images and the perspectives of the picture makers. In analyzing the visual rhetoric of these photographs, Bogdan identifies the wide variety of genres, from sideshow souvenirs to clinical photographs. Ranging from the 1860s, when photographs first became readily available, to the 1970s, when the disability rights movement became a force for significant change, Bogdan chronicles the evolution of disability image creation. Picturing Disability takes the reader beyond judging images as positive or slanderous to reveal how particular contexts generate specific emotions and lasting depictions.

Robert Bogdan is Distinguished Professor Emeritus of Social Science and Disability Studies at Syracuse University. He is the author of several books including Freak Show: Presenting Human Oddities for Amusement and Profit and Beauty and the Beast: Human-Animal Relations as Revealed in Real Photo Postcards, 1905–1935.

Martin Elks received his PhD in intellectual disabilities and disability studies at Syracuse University. He is unit manager of disability client management and individual service packages for the Department of Human Services, Victoria, Australia.

James A. Knoll is the chair of the Department of Early Childhood, Elementary, and Special Education at Morehead State University in Kentucky. One of his main research interests is the inclusion of people with disabilities in schools and the community. 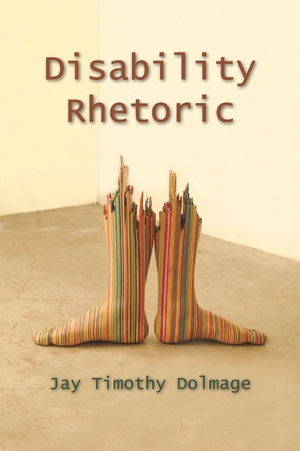