Skip to content
Main navigation menu
An anthology of Jackie Robinson’s columns from the New York Post and the New York Amsterdam News.

"Offers what I would have thought was impossible: a new way to think about Jackie Robinson."—David L. Ulin, Los Angeles Times

"A terrific, even invaluable collection. [These] syndicated columns, and a sprinkling of earlier pieces, offer the ex-Brooklyn Dodger great’s often astute reflections on a broad range of issues pertaining to civil rights, foreign affairs, and, of course, baseball. . . . Highly Recommended."—Library Journal

"Beyond Home Plate will open the eyes of fans who think of Jackie Robinson primarily as a tool for [Branch] Rickey or even mainly as a courageous and excellent baseball player. Jackie Robinson was more than both of those things; he was a man deeply concerned enough about civil rights to bring his ideas to the public and to act on them himself."—New York Journal of Books

"Jackie Robinson was much more than a splendid athlete who made history by his glittering skills on the baseball field and his courage in breaking racial barriers there. A highly intelligent, sensitive, searching human being, he was also a man of many ideas and opinions that challenged the status quo in America at every turn. Michael Long’s Beyond Home Plate richly documents this larger vision of one of our most revered national icons."—Arnold Rampersad, author of Jackie Robinson: A Biography

Jackie Robinson is one of the most revered public figures of the twentieth century. He is remembered for both his athletic prowess and his strong personal character. The world knows him as the man who crossed baseball’s color line, but there is much more to his legacy. At the conclusion of his baseball career, Robinson continued in his pursuit of social progress through his work as a writer. Beyond Home Plate, an anthology of Jackie Robinson’s columns in the New York Post and the New York Amsterdam News, offers fresh insight into the Hall of Famer’s life and work following his historic years on the baseball diamond.

Robinson’s syndicated newspaper columns afforded him the opportunity to provide rich social commentary while simultaneously exploring his own life and experiences. He was free to write about any subject of his choosing, and he took full advantage of this license, speaking his mind about everything from playing Santa to confronting racism in the Red Sox nation, from loving his wife Rachel to despising Barry Goldwater, from complaining about Cassius Clay’s verbosity to teaching Little Leaguers how to lose well.

Robinson wrote to prod and provoke, inflame and infuriate, and sway and persuade. With their pointed opinions, his columns reveal that the mature Robinson was a truly American prophet, a civil rights leader in his own right, furious with racial injustice and committed to securing first class citizenship for all. These fascinating columns also depict Robinson as an indebted son, a devoted husband, a tenderhearted father, and a hardworking community leader. Robinson believed that his life after his baseball career was far more important than all of his baseball exploits. Beyond Home Plate shows why he believed this so fervently.

Michael Long is the author and editor of several books on politics, religion, and civil rights. He is the author, most recently, of Martin Luther King, Jr., Homosexuality, and the Early Gay Rights Movement. 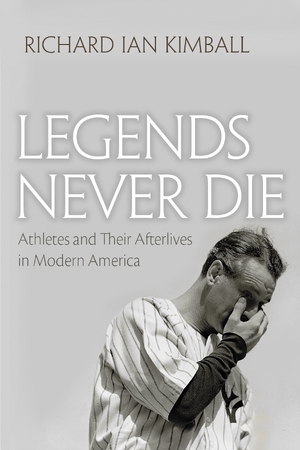 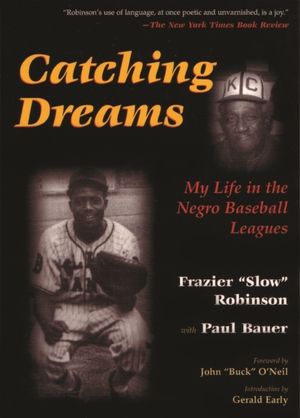