Skip to content
Main navigation menu
Turn the page in Eray’s work and you are in a different world, sometimes several at the same time. You may never come back.

"Nazli Eray takes the reader on a fantastic journey where fact and fiction intersect to liberate the loaded and much-consumed concepts like love and passion, and to suggest that neither death nor everyday life can imprison them. In Eray’s house of fiction, lovers unite transgressing the boundaries set by time, space and conventions."—Mine Özyurt Kiliç, author of Maggie Gee: Writing the Condition-of-England Novel

"This intricate novel from Turkish writer Nazli Eray is a postmodern gem. Set outside reality as often as in, the book follows an extraordinary cast of characters as they come to terms with romance, history, and everyday life. Through its bizarre twists and turns, Eray's imaginative book illustrates our own interconnectedness in an increasingly chaotic world."—World Literature Today

In Eray’s world of fantasy and fun, there are few boundaries between reality and imagination. There is a roadside tea garden where spirits gather by night to carry on flirtations until they fade into the dawn, and there is a tavern in Bartin where men make their lost illusions of love come alive by thinking of them. The narrator exchanges places with Night for twenty-four hours to find out what it means to be the unsleeping Night, the guardian of dreams. The slot machines in a casino provide love advice and clues to the multiple realities of romance, history, and everyday life. A mixture of drama and fable, confession and memoir, the fabulous and the prosaic, The Emperor Tea Garden is a place where you have never been and always are. As you turn each page of Eray’s work, you are in a different world, sometimes several at the same time.

Nazli Eray is one of Turkey’s most popular writers. She is the founder of the Turkish Literary Association, an honorary faculty member at the University of Iowa, and a member of PEN International. She is the author of many stories, plays, and novels, including The Street of Different Dreams, Orpheus, and The Man Who Wears Love, which won the Yunus Nadi Novel Prize in 2002.

Robert Finn is the author of The Early Turkish Novel and translator of Nazli Eray’s Orpheus and Orhan Pamuk’s Silent House. 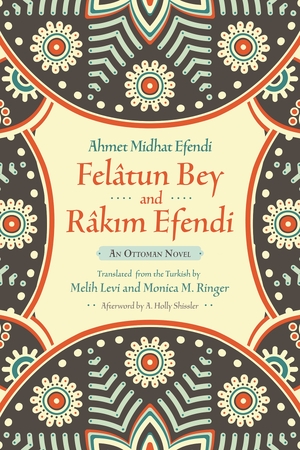