"The authors suggest a stimulating cross-disciplinary engagement with Jerusalem in order to better show the multiple dimensions of the city."—Journal of Modern Jewish Studies

"Jerusalem masterfully shows that Jerusalem will continue to be the key to peace and conflict resolution until Israelis and Palestinians figure out a way to either equitably share it, or to preserve it as a non-politicized city, a capital for all believers in God. The book rightly points to the dangers of religious fanaticism and highlights how political blindness and myopia are the city’s real enemies."—Ziad AbuZayyad, coeditor of Palestine-Israel Journal of Politics, Economics, and Culture

Jerusalem is one of the most contested urban spaces in the world. It is a multicultural city, but one that is unlike other multi-ethnic cities such as London, Toronto, Paris, or New York. This book brings together scholars from across the social sciences and the humanities to consider how different disciplinary theories and methods contribute to the study of conflict and cooperation in modern Jerusalem. Several essays in the book center on political decision making; others focus on local and social issues. While Jerusalem’s centrality to the Israeli Palestinian conflict is explored, the chapters also cover issues that are unevenly explored in recent studies of the city. These include Jerusalem’s diverse communities of secular and orthodox Jewry and Christian Palestinians; religious and political tourism and the “heritage managers” of Jerusalem; the Israeli and Palestinian LGBT community and its experiences in Jerusalem; and visual and textual perspectives on Jerusalem, particularly in architecture and poetry. Adelman and Elman argue that Jerusalem is not solely a place of contention and violence, and that it should be seen as a physical and demographic reality that must function for all its communities.

Madelaine Adelman is associate professor of justice and social inquiry at the School of Social Transformation at Arizona State University. 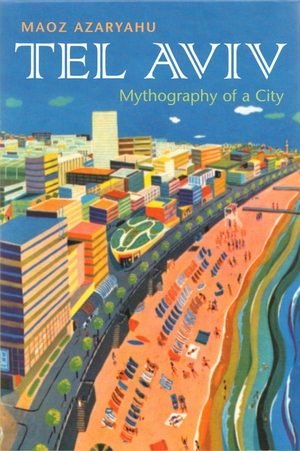