"A fascinating book, and insightful discussion of how Broken Ireland is represented in texts written during the Celtic Tiger and after the crash of 2008. The points of comparison are sharp, and range of the novels and styles is to be commended."—Deirdre Flynn, Mary Immaculate College

"McGlynn identifies fascinating patterns in contemporary Irish fiction and persuasively connects these to the cultural logics of the time period.…This is a complex and challenging endeavor and McGlynn does it with a sophistication that is dizzyingly brilliant."—Claire Bracken, Union College

"Broken Irelands offers a carefully calibrated analysis of capital, class, and narrative form in the post-Celtic Tiger Irish novel. Deftly combining literary criticism, theories of neoliberalism, and studies of late capitalist modernity, McGlynn contends, convincingly, that it is at the level of formal brokenness, rhetorical technique, and syntactical and stylistic strangeness and distress that something like the politics of contemporary Irish fiction discloses itself. Written with brio, critical affection for its subject matter, and intelligent insight, Broken Irelands sets an impressively high bar for future reflection on these topics."—Joe Cleary, Yale University

"The economist’s narrow vision has not served Ireland well, so if you want a multi-dimensional account of the twenty-first century nation, then you need to read this book: Nuanced, savvy, and brilliant, Broken Irelands incisively assesses the origins and aftermaths of the Celtic Tiger boom by centering literature, society, and history."—Mary Burke, University of Connecticut

While the national narrative coming out of Ireland since the 2008 economic crisis has been relentlessly sanguine, fiction has offered a more nuanced perspective from both well-established and emerging authors. In Broken Irelands, McGlynn examines Irish fiction of the post-crash era, addressing the proliferation of writing that downplays realistic and grammatical coherence. Noting that these traits have the effect of diminishing human agency, blurring questions of responsibility, and emphasizing emotion over rationality, McGlynn argues that they reflect and respond to social and economic conditions during the global economic crisis and its aftermath of recession, austerity, and precarity.

Rather than focusing on overt discussions of the crash and recession, McGlynn explores how the dominance of an economic worldview, including a pervasive climate of financialized discourse, shapes the way stories are told. In the writing of such authors as Anne Enright, Colum McCann, Mike McCormack, and Lisa McInerney, McGlynn unpacks the ways that formal departures from realism through grammatical asymmetries like unconventional verb tenses, novel syntactic choices, and reliance on sentence fragments align with a cultural moment shaped by feelings of impotence and rhetorics of personal responsibility.

Mary M. McGlynn is professor of English at Baruch College, CUNY, and the CUNY Graduate Center, as well as cochair of the Columbia University Seminar for Irish Studies. 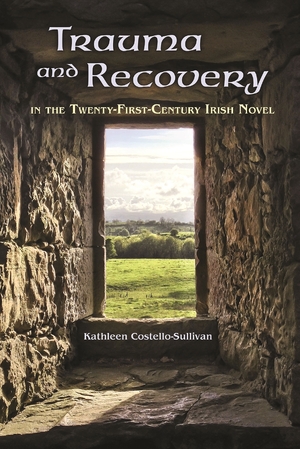