Skip to content
Main navigation menu
An exploration of the contested identities of drug users and recovering addicts in Iran.

"In its argument that medicalization all too often means criminalization, Anaraki’s study is a valuable addition to our understanding of Iran’s drug problem."—Rudolph Matthee, University of Delaware

"Echoing everyday voices gathered through hard-to-reach field sites, this study stands out for its engagement with social settings hitherto left out of scholarly analysis: the rehab center, the prison, the self-help group. This is an important addition to the social sciences of contemporary Iran and to the interdisciplinary studies of drugs."—Maziyar Ghiabi, author of Drugs Politics: Managing Disorder in the Islamic Republic of Iran

"An extraordinary ethnographic exploration of addiction and prison life in Iran, which also gives voice to female drug users’ narratives, adding an important gendered perspective to the literature on drug use in Iran."—Janne Bjerre Christensen, author of Drugs, Deviancy and Democracy in Iran: The Interaction of State and Civil Society

"The author has gained unprecedented access to prisoners and formerly incarcerated individuals in Iran, as well as recovering drug addicts. . . . This is an important book."—Pardis Mahdavi, provost at the University of Montana

When they initiated a war on drugs in 1979, Iran developed a reputation as having some of the world’s harshest drug penalties and as an opponent of efforts to reform global drug policy. As mass incarceration failed to stem the growth of drug use, Iran shifted its policies in 1990 to introduce treatment regimens that focus on rehabilitation. While most Muslim countries and some Western states still do not espouse welfare-oriented measures, Iran has established several harm-reduction centers nationwide through the welfare system for those who use substances. In doing so, Iran moved from labeling drug users as criminals to patients. In Life on Drugs in Iran, Anaraki moves beyond these labels to explore the lived experience of those who use and have used illicit substances and the challenges they face as a result of the state’s shifting policies.

Gaining remarkable access to a community that has largely been ignored by researchers, Anaraki chronicles the lives of current and former substance users in prisons, treatment centers, and NGOs. In each setting, individuals are criminalized, medicalized, and marginalized as the system attempts to “normalize” them without addressing the root cause of the problem. Drawing upon first-hand accounts, Anaraki’s groundbreaking study takes an essential step in humanizing people with substance abuse issues in Iran.

Nahid Rahimipour Anaraki is a postdoctoral fellow at Memorial University of Newfoundland and Labrador, Canada. She has published several articles in the areas of sociology, criminology, and health sciences. 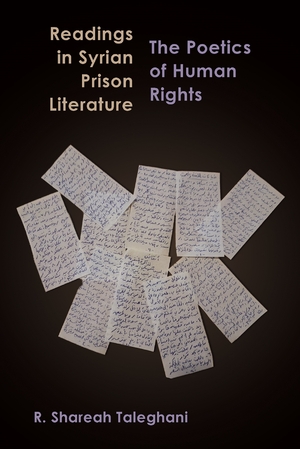