"Surrender is written in delightful, incisive prose bursting with humanity. It is deeply observed and emotionally powerful, sharp on both the cultural mores of young men and on the deeper consequences of what happens when that mixes with American military power. And each story boasts richly imagined characters that live on in the mind long after you’ve finished reading"—Phil Klay, author of Redeployment, winner of the National Book Award

"What does it mean to be a man? It’s a good (and complicated) question, but Brian O’Hare’s collection, Surrender, can stand with Hemingway’s Nick Adams stories and the work of Andre Dubus in those writers’ attempt to illuminate the cost and fragility of that answer. These stories are not long, but each is a jab to the heart."—Jim Krusoe, author of The Sleep Garden

"O'Hare's Surrender crackles with not only the gunfire of combat but the livewire sparks of human emotions. His characters, led by the war-haunted Marine Lieutenant Francis Keane, are as authentic as they come: they ache and groan and break into pieces only to rebuild themselves, shard by shard. This fiction is the stuff of real life. These pages breathe, my friends."—David Abrams, author of Brave Deeds

"O'Hare is a real deal storyteller. From suburban sports fields, to overseas Marine Corps bases, to the fields of combat, he expertly dissects the complications of boyhood, manhood and military service. Unabashedly emotional and deeply human, Surrender beautifully orchestrates the art of war and warriors."—Anthony Swofford, author of Jarhead: A Marine's Chronicle of War and Other Battles

"Surrender is one of the most honest, scarifying, fierce and fearless collections I have read in forever. O’Hare writes with a lean, hard-earned authenticity that manages to be at once brutal, high-impact and hilarious—sometimes in the same sentence."—Jerry Stahl, author of Permanent Midnight: A Memoir

"It’s fiction but it feels so authentic, real even. Surrender is one of those books that earns its spot on the shelf so you can revisit it, time and time again."—We Are The Mighty

In the tradition of Tim O’Brien’s The Things They Carried, Brian O’Hare’s Surrender is a rich collection of coming-of-age stories, a journey into the heart of the American hero myth, from the Friday night football fields of Western Pennsylvania to a battalion of Marines in the Persian Gulf and beyond. But what happens when the crowds stop cheering and the welcome home parades are over? Guilt, fear, and brutality collide with love and acceptance as a diverse cast of characters struggle to reconcile mythology with reality, and to find meaning in a uniquely American chaos.

In bittersweet stories with surprising humor, the characters grapple with the choices they’ve made and a country they no longer understand. Written in spare and unsentimental prose, yet with a startling emotional punch, these stories, and the unforgettable characters who tell them, will live long in the reader’s imagination.

Brian O’Hare is a graduate of the U.S. Naval Academy and former U.S. Marine Corps officer. Currently, he’s an award-winning writer and filmmaker living in Los Angeles. His work has appeared in War, Literature and the Arts, Santa Fe Writers Project, and Hobart, and has been nominated for two Pushcart Prizes. He was recently named a Writing Fellow at the Virginia Center for the Creative Arts. 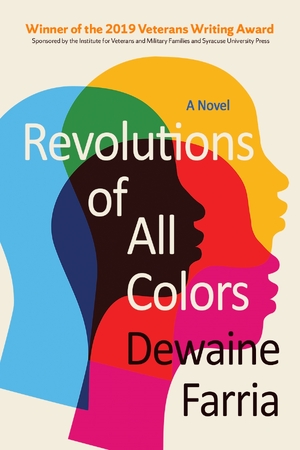 Revolutions of All Colors 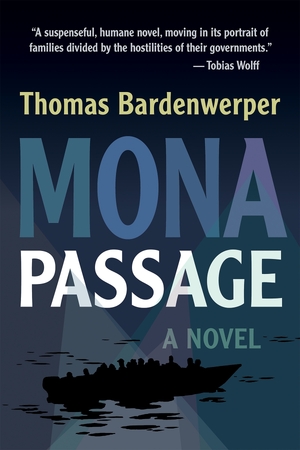