Skip to content
Main navigation menu
A comprehensive look at the history of the National Hockey League.

"The most comprehensive history to date of the NHL’s rise from just another league to the center of control over the development of hockey in Canada and much of the USA. The book is very important because of its depth and breadth."—Stephen Hardy, University of New Hampshire

"A fascinating contribution to both business and sport history, one that provides a detailed and lively examination of the genesis and early organization of the NHL, the economic dynamics of professional hockey, its’ labor relations, and the social and cultural context of the sport in the pre-Second World War period. In lively prose befitting the fast-paced action on the ice, Andrew Ross shows that the early business of hockey was just as tough, and unique, as the sport itself."—Dimitry Anastakis, Trent University

"Joining the Clubs is rife with personality, just like the strong-willed, forward thinking individuals who made the NHL possible. Ross’s writing is lively and engaging, and his book is a fascinating look at the NHL in its formative years."—Canada’s History Magazine

"Joining the Clubs is a highly recommended book for business and sports historians, graduate students, and those with an interest in the fascinating history of the inner workings of professional hockey from 1875 to 1945."—American Historical Review

"An excellent work for historians interested in the business of sport and not just hockey since the NHL cartel structure is similar across major team sports in the twentieth century."—The Canadian Historical Review

How did a small Canadian regional league come to dominate a North American continental sport? Joining the Clubs: The Business of the National Hockey League to 1945 tells the fascinating story of the game off the ice, offering a play-by-play of cooperation and competition among owners, players, arenas, and spectators that produced a major league business enterprise. Ross explores the ways in which the NHL organized itself to maintain long-term stability, deal with its labor force, and adapt its product and structure to the demands of local, regional, and international markets. He argues that sports leagues like the NHL pursued a strategy that responded both to standard commercial incentives and also to consumer demands that the product provide cultural meaning. Leagues successfully used the cartel form—an ostensibly illegal association of businesses that cooperated to monopolize the market for professional hockey—along with a focus on locally branded clubs, to manage competition and attract spectators to the sport. In addition, the NHL had another special challenge: unlike other major leagues, it was a binational league that had to sell and manage its sport in two different countries. Joining the Clubs pays close attention to these national differences, as well as to the context of a historical period characterized by war and peace, by rapid economic growth and dire recession, and by the momentous technological and social changes of the modern age.

J. Andrew Ross is a postdoctoral research fellow at the University of Guelph in Ontario. He has published numerous articles and chapters on the history of business, and has edited a collection of biographies of entrepreneurs. 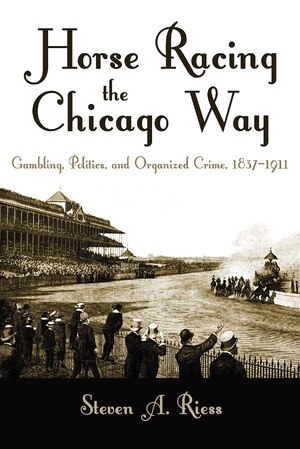