Skip to content
Main navigation menu
This is the story of the Syracuse Eight, African American members of the 1969-1970 Syracuse University football team who risked their futures petitioning for racial equality.

"In 1969 eight talented African American athletes risked their athletic scholarships and likely their NFL careers by demanding an end to institutional racism at Syracuse University. Dubbed the Syracuse Eight, they boycotted and petitioned for equal treatment as white players at the school and on the field. Their actions proved to be the game changer in the insular world of college football, and their stories are finally fully told in David Marc’s penetrating bio-history Leveling the Playing Field."—New York Journal of Books

"During the heyday of Syracuse University football, in the mid-to-late 1950s and early 1960s, the team boasted of star runners Jim Brown and Heisman winner Ernie Davis and a national championship in 1959. A decade later, though, the program found itself in troubled waters when a group of African American players ('tThe Syracuse Eight') demanded change in a petition that called for starting assignments based on merit rather than race; equal academic support for both black and white players; better medical treatment for all players; and efforts to integrate the all-white coaching staff. The University didn’t respond and the players boycotted spring practice in 1970, leading to the dismissal of seven of the players from the team, which only heightened racial tensions surrounding the program and Ben Schwartzwalder, its Hall of Fame coach. Interviews with the Syracuse Eight about how this episode changed their lives is central to the retelling of this long-ago tumultuous period in Syracuse football history."—The Christian Science Monitor

"In this engaging book, David Marc focuses new attention on an important but sometimes overlooked, episode in the history of college football and race relations."—Journal of Sport History

"David Marc provides an account of individuals who did not accept the status quo and made personal sacrifices in support of social change"—AETHLON: The Journal of Sport Literature

"Leveling the Playing Field is a lesson in the costs and rewards when individuals and small groups of people stand for dignity in the face of intransigent institutions and sometimes mean-spirited authority. The story of the Syracuse Eight would not have been complete without this book."—Douglas P. Biklen Dean Emeritus, School of Education, Syracuse University

"In Leveling the Playing Field, David Marc takes us beyond the often cliche-filled lore of sports history as he artfully reconstructs a little-known but fascinating episode in the continuing struggle against racial discrimination in collegiate sports. Using a deft combination of investigative journalism and oral history, Marc tells the inspiring story of the "Syracuse Eight," a band of courageous young African Americans who in 1970 successfully challenged the longstanding racial inequities of a major college football program."—Raymond Arsenault, author of Freedom Riders: 1961 and the Struggle for Racial Justice

"This book is a must read. If there is only one book to read this year, this is it. It will enlighten the reader about the historical, unfolding saga essentially of the appalling experiences endured and the sacrifices made to create a better future on and off the field for African American athletes and others."—Joseph Cangemi, Emeritus Professor of Psychology at Western Kentucky University

Leveling the Playing Field tells the story of the African American members of the 1969–70 Syracuse University football team who petitioned for racial equality on their team. The petition had four demands: access to the same academic tutoring made available to their white teammates; better medical care for all team members; starting assignments based on merit rather than race; and a discernible effort to racially integrate the coaching staff, which had been all white since 1898.

The players’ charges of racial disparity were fiercely contested by many of the white players on the team, and the debate spilled into the newspapers and drew protests from around the country. Mistakenly called the “Syracuse 8” by media reports in the 1970s, the nine players who signed the petition did not receive a response allowing or even acknowledging their demands. They boycotted the spring 1970 practice, and Coach Ben Schwartzwalder, a deeply beloved figure on campus and a Hall of Fame football coach nearing retirement, banned seven of the players from the team. As tensions escalated, white players staged a day-long walkout in support of the coaching staff, and an enhanced police presence was required at home games.

Extensive interviews with each player offer a firsthand account of their decision to stand their ground while knowing it would jeopardize their professional football career. They discuss with candor the ways in which the boycott profoundly changed the course of their lives. In Leveling the Playing Field, Marc chronicles this contentious moment in Syracuse University’s history and tells the story through the eyes of the players who demanded change for themselves and for those who would follow them.

David Marc is the author of numerous books, including Bonfire of the Humanities: Television, Subliteracy, and Long-Term Memory Loss. 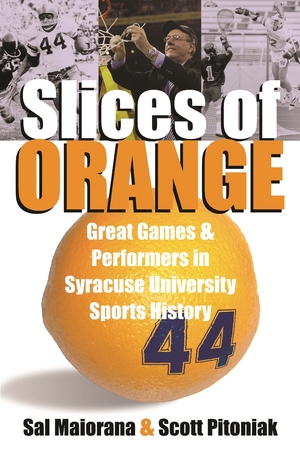 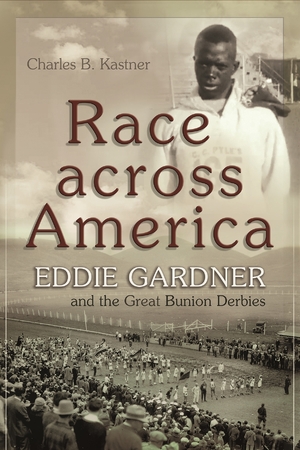