"We learn about big city politics, about social class and the rich, and about gambling and corruption. Horse Racing the Chicago Way gives us an unusually close look at the ties that bound sports, politicians, and the track together."—Elliott Gorn, Loyola University, Chicago

"Political ambitions, a plethora of shady characters, personal rivalries, lots of money changing hands (both legally and in illicit fashion), and even a murder or two provide just a few of the storylines harnessed by Steven Riess in this entertaining and authoritative deep dive into Chicago's horse racing scene in the 19th and early 20th centuries."—Stephen Wenn, Wilfrid Laurier University

"Riess skillfully fills his big canvas with scenes and sounds from the tracks, the betting pool rooms, and the courtrooms, spiced with a cast of characters worthy of Mike Royko or Studs Terkel. A must read for anyone interested in the long bonds between sport and gambling."—Stephen Hardy, co-author of Hockey: A Global History

"An insightful explanation of the history and evolution of the various forms of racetrack and off-track gambling."—Robert Lombardo, professor emeritus, Loyola University, Chicago

"Riess has recovered and contextualized Chicago racing in a way that benefits the study of history, linking the local to the national. This thorough examination of a previously neglected topic is a much-needed book for historians."—David G. Schwartz, author of Grandissimo: The First Emperor of Las Vegas

Chicago may seem a surprising choice for studying thoroughbred racing, especially since it was originally a famous harness racing town and did not get heavily into thoroughbred racing until the 1880s. However, Chicago in the late nineteenth and early twentieth centuries was second only to New York as a center of both thoroughbred racing and off-track gambling. Horse Racing the Chicago Way shines a light on this fascinating, complicated history, exploring the role of political influence and class in the rise and fall of thoroughbred racing; the business of racing; the cultural and social significance of racing; and the impact widespread opposition to gambling in Illinois had on the sport. Riess also draws attention to the nexus that existed between horse racing, politics, and syndicate crime, as well as the emergence of neighborhood bookmaking, and the role of the national racing wire in Chicago. Taking readers from the grandstands of Chicago’s finest tracks to the underworld of crime syndicates and downtown poolrooms, Riess brings to life this understudied era of sports history.

Steven A. Riess is emeritus professor and former Bernard Brommel Distinguished Research Professor in the Department of History at Northeastern Illinois University. He is the author of several books, including The Sport of Kings and the Kings of Crime: Horse Racing, Politics, and Organized Crime in New York, 1865–1913, runner up for the best book in non-fiction for the Society of Midland Authors. 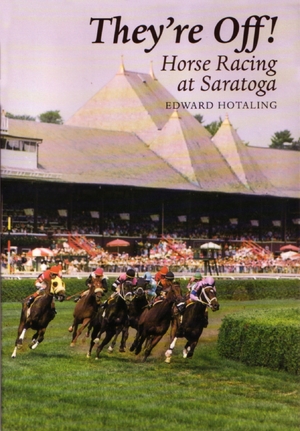 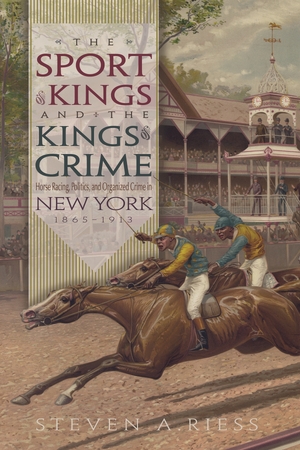 The Sport of Kings and the Kings of Crime 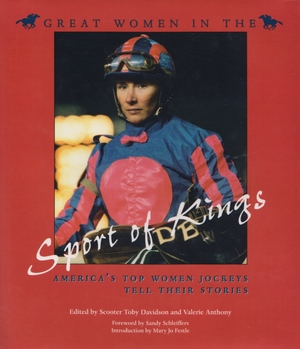 Great Women in the Sport of Kings