"It is a master storyteller who can make you feel like you’ve met someone you never knew, visited a city to which you’ve never been, make you long for a people, place and culture you’ve never experienced but from a generation, location and language once, twice or thrice removed. Abraham Karpinowitz is such a writer. And, thanks to local master storyteller and translator Helen Mintz, more of us can now visit Karpinowitz’s Vilna—a city full of colorful characters, both real and not, and share in a small part of their lives."—Jewish Independent

"Criminals, dreamers and performers . . . make their way through Karpinowitz’s pages in pungent, unforgettable characterizations; and their fates—often tragic, often brutal, and not only because of the Nazi murder machine, though very often because of it—imbue every page with a sentiment that is all the more powerful by it being earned through careful literary technique and scene craft. The read is smooth, except when it should be rough; it preserves local flavor."—Jeremy Dauber, Atran Professor of Yiddish Language, Literature, and Culture, Columbia University

"Funny, well-crafted and suffused with the special atmosphere of Jewish Vilna. Karpinowitz brings to life the special world of 'The Jerusalem of Lithuania", which played such an important role in the history of European Jewry."—Samuel D. Kassow, Northam Professor of History, Trinity College

"Abraham Karpinowitz has taken what he terms “an opportunity of a dream” in this momento mori bene mirror of a memoir. In longing and loss, through the mouths of those he wished might speak still, he offers a salutation of the heart."—The Arts Fuse

"An uncanny portrait of prewar Vilna, and it is—as was much of Karpinowitz’s writing—a paean to lost Vilna, to its street life, its cast of unusual characters, its cultural ferment and its underworld."—Canadian Jewish News

"Karpinowitz writes of people he knew. This collection of his stories, translated from the Yiddish by Helen Mintz, focuses on life in Vilna. The tales were written after the war when Karpinowitz lived in Israel and blend fact and fiction. . . . The stories serve an important purpose . . . by allowing us to glimpse this lost Jewish time and space."—The Reporter Group

Abraham Karpinowitz (1913–2004) was born in Vilna, Poland (present-day Vilnius, Lithuania), the city that serves as both the backdrop and the central character for his stories. He survived the Holocaust in the Soviet Union and, after two years in an internment camp on the island of Cyprus, moved to Israel, where he lived until his death. In this collection, Karpinowitz portrays, with compassion and intimacy, the dreams and struggles of the poor and disenfranchised Jews of his native city before the Holocaust. His stories provide an affectionate and vivid portrait of poor working women and men, like fishwives, cobblers, and barbers, and people who made their living outside the law, like thieves and prostitutes. This collection also includes two stories that function as intimate memoirs of Karpinowitz’s childhood growing up in his father’s Vilna Yiddish theater. Karpinowitz wrote his stories and memoirs in Yiddish, preserving the particular language of Vilna’s lower classes. In this graceful translation, Mintz deftly preserves this colorful, often idiomatic Yiddish, capturing Karpinowitz’s unique voice and rendering a long-vanished world for English-language readers.

Abraham Karpinowitz published nine books in Yiddish. His work has been translated into Hebrew, Polish, Russian, and German.

Helen Mintz is an internationally acclaimed solo artist, storyteller, and translator based in Vancouver, British Columbia. 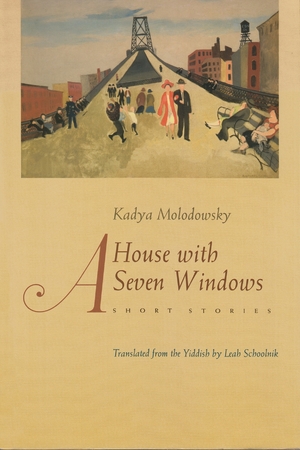 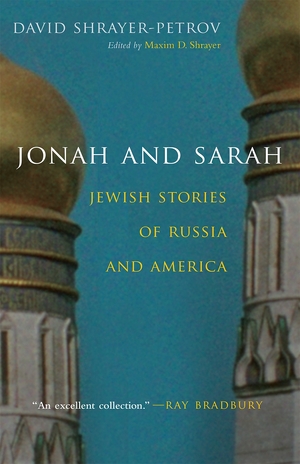