Skip to content
Main navigation menu
A reevaluation of Hezbollah’s influence in Lebanese culture and politics.

"This monograph deals with a significant topic that ties with the wider interest in Islamism, political Islam, and civil society in the Middle East and the Arab world. . . . A welcome addition to several fields that explore colonialism and hegemonic powers."—Malek Abisaab, coauthor of The Shi'ites of Lebanon

"Indispensable to anyone wishing to study not only Hezbollah, but also the Shii'tes in Lebanon and, and history of Lebanon over the last half century. Furthermore, the methodology underlying this research can and should be used to study other case studies in the Middle East and beyond."—Eyal Zisser, Tel Aviv University

Over the last three decades, Hezbollah has developed from a small radical organization into a major player in the Lebanese, regional, and even international political arenas. Its influence in military issues is well known, but its role in shaping cultural and political activities has not received enough attention. Kanaaneh sheds new light on the organization’s successful evolution as a counterhegemonic force in the region’s resistance movement, known as “Muqawama.” Founded on the idea that Islam is a resisting religion, whose real heroes are the poor populations who have finally decided to take action, Hezbollah has shifted its focus to advocate for social justice issues and to attract ordinary activists to its cause. From the mid-1990s on, Hezbollah has built alliances that allow it to pursue soft power in Lebanon, fighting against both the dominant Shi‘ite elites and the Maronite-Sunni, as well as Israeli and US influence in the region. Kanaaneh argues that this perpetual resistance—military as well as cultural and political—is fundamental to Hezbollah’s continued success.

Abed T. Kanaaneh is a senior lecturer in the department of Middle Eastern and African History at Tel Aviv University. 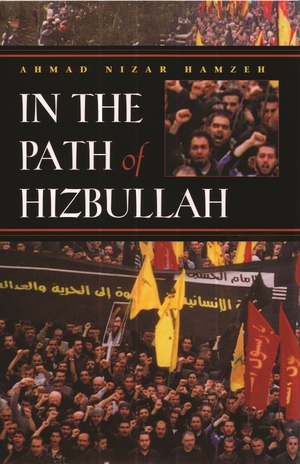 In the Path of Hizbullah