"A valuable and insightful contribution to the study of Syrian prison literature and literature on human rights. . . . A book that engages the literature of one of the greatest human rights tragedies of our current moment and places that literature in a critical and historical context."—Alexandra S. Moore, Binghamton University

"In this beautifully-written and timely book, R. Shareah Taleghani teaches us to think not so much of rights as of acts, not so much of individuals as a reconceptualization of what collectivity might be, and not so much of a utopianism as an affirmation of the ongoing struggle against the carceral regime--at once in Syria and in the global, proliferating forms of penal confinement."—Jeff Sacks, University of California, Riverside

"Taleghani makes a powerful case that it is precisely by appealing to universal human experience that prison literature succeeds. . . .many parts of human existence may be culturally specific, but pain, and vulnerability to pain, are truly universal."—Lydia Wilson, Los Angeles Review of Books

"The most comprehensive of its kind to deal with the treatment of human rights and Syrian prison literature."—AJ Naddaff, Middle East Eye

"Readings in Syrian Prison Literature is a timely, compassionate, and incisive work of literary scholarship."—International Journal of Middle East Studies

The simple act of inscription, both minute and epic, can be a powerful tool to bear witness and give voice to those who are oppressed, silenced, and forgotten. In the eras of Hafiz al-Asad and his son Bashar, Syrian political dissidents have written extensively about their experiences of detention, both while in prison and afterwards. This body of writing, largely untranslated into English, is essential to understanding the oppositional political culture among dissidents since the 1970s—a culture that laid the foundation for the 2011 Syrian Revolution. The emergence of prison literature as a specific genre helped articulate opposition to authoritarian states, including the Asad regime. However, the significance of Syrian prison literature goes beyond a form of witnessing, expressing creative opposition, and illuminating the larger cultural and historical backstory of the Syrian uprising. Prison literature, in all its diversity, challenges the narrative structures and conventional language of human rights. In doing so, prison literature has played an essential role in generating the “experimental shift” in Arabic literature since the 1960s. Taleghani’s groundbreaking work explores prison writing’s critical role in resistance movements in Syria, the evolution of Arabic literature, and the development of a global human rights.

R. Shareah Taleghani is assistant professor and director of Middle East studies at Queens College, City University of New York. She is a coeditor of Generations of Dissent: Intellectuals, Cultural Production, and the State in the Middle East and North Africa. 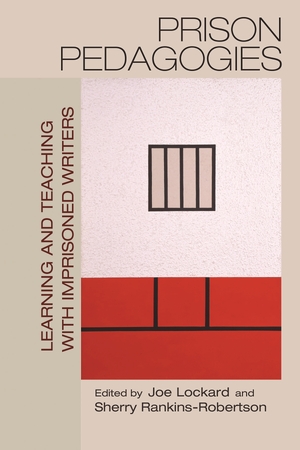