Skip to content
Main navigation menu
Yiddish poet Joseph Rolnik’s vivid memoir, recalling his childhood in a small village in Belarus and his experience as a Jewish immigrant in New York.

"A boon to Yiddish studies and American Jewish studies. . . . Any-one with a fondness for Yiddish literature will appreciate these detailed and evocative vignettes."—Josh Lambert, author of Unclean Lips: Obscenity, Jews, and American Culture

"Provides compelling insights into the life of one of the well-known Yiddish poets, Joseph Rolnik."—Agnieszka Legutko, author of Krakow’s Kazimierz: Town of Partings and Returns

"Gerald Marcus’s sensitive translation is the perfect introduction to the life and work of a great and all-too-often overlooked modernist Yiddish poet. Marcus has taken Joseph Rolnik out of the footnotes and into the center of any future studies of Yiddish literature. "—Michael Wex, author of Born to Kvetch and Rhapsody in Schmaltz

"An invaluable narrative of the life rural Jews lived during years of enlightenment and upheaval at the end of the nineteenth century, and then the difficulties and opportunities in New York in the early twentieth century. The story is at once very personal, with details about the author’s physical and emotional joys and pains, and his relationships with family and friends, as well as containing meticulous information about the mill that his father leased, the dairy, the fields, the holidays, the yeshivas and heders, and much more. . . A wealth of information is presented here for historians as well as students of literature. Recommended for collections of Yiddish in translation."—AJL Newsletter

Joseph Rolnik is widely considered one of the most prominent of the New York Yiddish poets associated with Di Yunge, an avant-garde literary group that formed in the early twentieth century. In his moving and evocative memoir, Rolnik recalls his childhood growing up in a small town in Belarus and his exhilarating yet arduous experiences as an impoverished Yiddish poet living in New York. Working in garment factories by day and writing poetry by night, he became one of the most published and influential writers of the Yiddish literary scene. Unfolding in a series of brief sketches, poems, and vignettes rather than consistent narrative, Rolnik’s memoir is imbued with the poet’s rich, sensuous language, which vividly describes the sounds and images of his life. Marcus’s elegant translation, along with his introduction situating Rolnik’s poetry in its literary historical context, gives readers a fascinating account of this under-appreciated literary treasure.

Gerald Marcus is a painter and printmaker who grew up surrounded by Yiddish-speaking relatives and friends. He is the translator of From Our Springtime: Literary Memoirs and Portraits of Yiddish New York by Reuben Iceland. 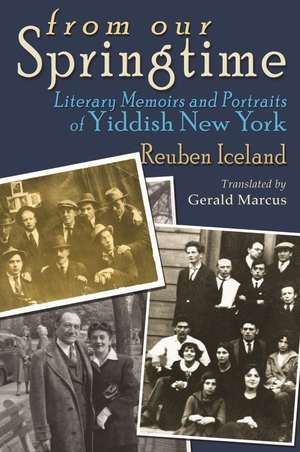 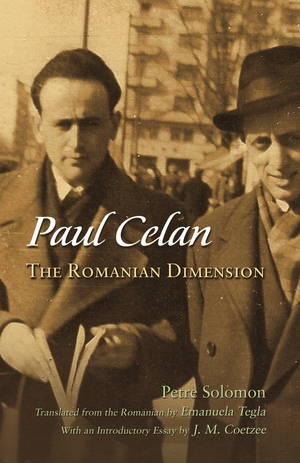 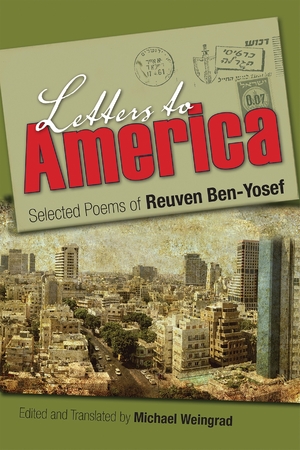