"Ultimately, Political Acts is a detailed and long overdue discussion of the importance of women within Northern theatre, and as such it adds immeasurably to this area of scholarship."—Irish Studies Review

"In this richly layered and detailed examination of the role of women in theatre in Northern Ireland, Fiona Coleman Coffey succeeds in her stated intention to 'begin the process of painting a more comprehensive picture of women's theatrical contributions from the North'."—Theatre History Studies

"Political Acts: Women in Northern Irish Theatre, 1921–2012 is a vital new addition to the scholarship on Irish theatre."—Modern Drama

"Political Acts promises to be a sought-after resource for both academics and students who study modern Irish theatre, as well as the theatre and performance culture of the North. Further, its accessible, jargon-free language and the balanced contextual material recommend the book to be included in college syllabi, as well as for the bookshelves of theatregoers in search of more information about women’s work in the field than what program notes and reviews can provide."—Theatre Journal

"A genuinely new and significant contribution to Irish theater history. . . . No other monograph out there that does what this book does, which is to provide a comprehensive and contextualized history of contemporary women’s contributions to theater in Northern Ireland."—Susan Cannon Harris, author of Gender and Modern Irish Drama

"The definitive account of women in the Irish theatre of the North from Alice Mulligan through Shannon Yee…. The politics of violence in Northern Ireland and the innovation of women artists there together allow Coffey to define dynamics of public performance that add to the history of theatre in Ireland and also to the history of public performance in centers of social conflict."—John P. Harrington, Dean, Faculty of Arts and Sciences, Fordham University

Since the establishment of the Northern Irish state in 1921, theatre has often captured and reflected the political, social, and cultural changes that the North has experienced. From the mid–twentieth century, theatre has played a particularly important role in documenting women’s experiences and in showing how women’s social and political status has changed with the transformation of the state. Throughout the North’s history, women’s dramatic writing and performance have often contradicted mainstream narratives of the sectarian conflict, creating a rich and daring trove of counternarratives that contest the stories promoted by the government and media.

Moving beyond the better-known women theatre practitioners of the North such as Marie Jones, Christina Reid, Anne Devlin, and the Charabanc Theatre Company, Coffey recovers the lost history of lesser-known, early playwrights and highlights a new generation of women writing during peacetime. She examines how Northern women have historically used the theatrical stage as a
form of political activism when more traditional avenues were closed off to them. Tracing the development of women’s involvement in Northern theatre, Coffey ultimately illuminates how issues such as feminism, gender roles, violence, politics, and sectarianism have shifted over the past century as the North moves from conflict into a developing and fragile peace.

Fiona Coffey holds a BA from Stanford University, an MPhil from Trinity College, Dublin, and a PhD from Tufts University. She teaches theatre history and Irish cultural studies. 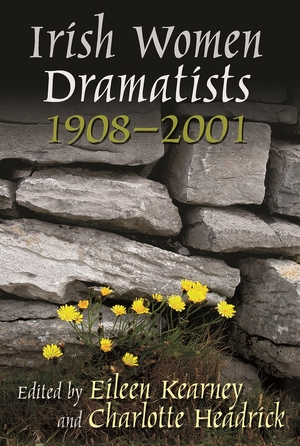 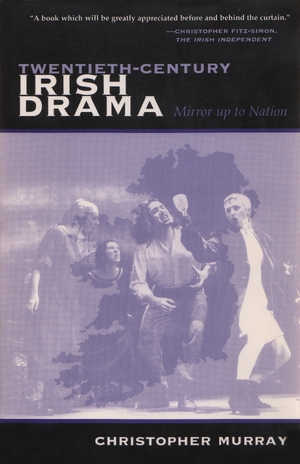