Skip to content
Main navigation menu
A comprehensive field guide to the identification, study, and preparation of boletes.

"A state of the art, comprehensive treatment of the diversity of bolete fungi found in eastern North America, admirable in its degree of coverage, and reflecting an authoritative knowledge of the subject."—Todd Osmundson, assistant professor, Department of Biology, University of Wisconsin–La Crosse

"This book fills an important need, enabling the many interested amateur and professional mycologists to identify the boletes that occur in the eastern US and Canada; a ‘must have’ book for people seriously interested in mushrooms."—Gregory M. Mueller, chief scientist and Negaunee Foundation Vice President of Science, Chicago Botanic Garden

"This beautiful book comprises an assembly of species, 350 color photographs, and a brief list of references that professionals will find useful. A small section on culinary uses of boletes is included, along with an index to common and scientific names, which will also be valuable for amateurs. . . . Recommended"—Choice

"Simply put, Boletes of Eastern North America is the most up-to-date book available on boletes, and the best book for identifying species of this large, ecologically significant region. This is a very impressive work that stands apart from other books on boletes, and is highly recommended for the libraries of all mushroom fans."—Rhodora: Journal of the New England Botanical Club

"Boletes of Eastern North America is highly recommended to all budding boletologists, pot hunters, and field mycologists. Those who already own North American boletes will find this volume, with its narrower focus, easier to use as well as a needed introduction to the many new genera."—Sporeprint: Long Island Mycological Club newsletter

Of all the groups of wild mushrooms, none have engendered more enthusiasm and affection than the boletes. Their inherent beauty, abundance, and, for many, culinary appeal have firmly established boletes in the hearts of mushroom hunters around the world. The habitats, geographic distribution, and ecology of boletes—including the intriguing relationships they have with trees and shrubs—only add to their interest.

Boletes of Eastern North America offers readers a comprehensive field guide, including extensive descriptions and more than 350 rich color photographs. Each species listing includes the most recent scientific name with existing synonyms; common names when applicable; and an overview that includes field impressions, similar species, and detailed information about habitat, fruiting frequency, and geographic distribution. Because boletes are one of the most sought-after wild mushrooms, the authors have also included a section with information on collecting, cooking, and preserving them. Advanced students and professional mycologists, as well as amateur mushroom hunters, will find this field guide an indispensable resource.

William C. Roody is a mycologist and wildlife diversity biologist. He has authored or coauthored several books, including Mushrooms of the Southeastern United States.

Arleen R. Bessette is a mycologist and an award winning botanical photographer. She is the author or coauthor of more than fifteen books, including The Tricholomas of North America. 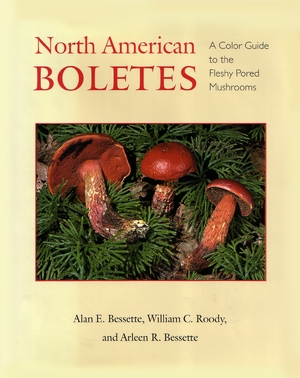 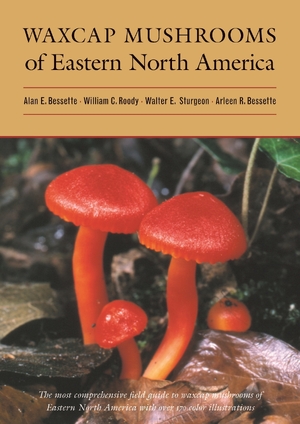 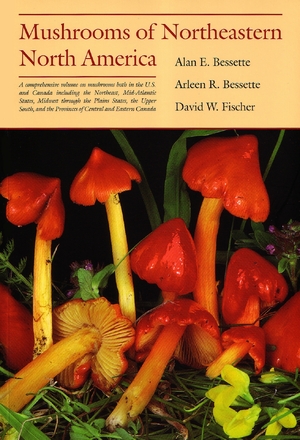