"The Shi'ites of Lebanon represents a highly significant, and long overdue, analysis of the relationship between communism and the Shi'a."—Journal of Shi'a Islamic Studies

"A panoramic look at Lebanese Shi?ite social and intellectual history over the past century, with particular emphasis on religious modernists, communists, and Islamists. This study is a solid contribution to an ever-expanding field of Lebanese Shi?ite studies."—American Historical Review

"An excellent political history of a population of growing contemporary importance....The authors beautifully explore the subtleties of religious and political doctrine and their adoption by sometimes-charismatic leadership."—Choice

"This book is an important retelling of the modern history of Lebanon’s Shi‘ites. It presents new research with thoughtful interpretation, informed by numerous comparative and theoretical references."—Elizabeth F. Thompson, professor of history, University of Virginia

"An original work and its strength is the combination of expertise both authors offer: a profound knowledge of Shiite legal tradition, history of theology, history of modern Shiism in Iraq, Iran, and Lebanon, and a serious engagement with theories of secularism and piety, as well as theoretical discussions on civil society and public space."—Roschanack Shaery, research fellow, Max Planck Institute for the Study of Religious and Ethnic Diversity, Göttingen

The complex history of Lebanese Shi‘ites has traditionally been portrayed as rooted in religious and sectarian forces. The Abisaabs uncover a more nuanced account in which colonialism, the modern state, social class, and provincial politics profoundly shaped Shi‘i society.

The authors trace the sociopolitical, economic, and intellectual transformation of the Shi‘ites of Lebanon from 1920 during the French colonial period until the late twentieth century. They shed light on the relationship of contemporary Islamic militancy with traditions of religious modernism and leftism in both Lebanon and Iraq. Analyzing the interaction between sacred and secular features of modern Shi‘ite society, the authors clearly follow the group’s turn toward religious revolution and away from secular activism. This book transforms our understanding of twentieth-century Lebanese history and demonstrates how the rise of Hizbullah was conditioned by Shi‘ites’ consistent marginalization and neglect by the Lebanese state.

Rula Jurdi Abisaab is associate professor at the Institute of Islamic Studies, McGill University. She is the author of Converting Persia: Religion and Power in Safavid Iran.

Malek Abisaab is associate professor of history at McGill University. He is the author of Militant Women of a Fragile Nation. 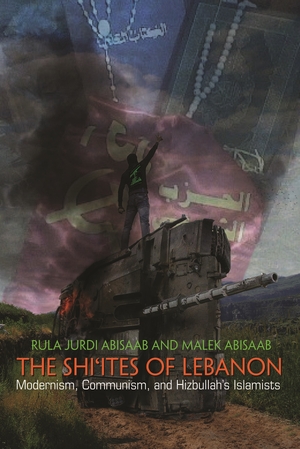 The Shi'ites of Lebanon