Skip to content
Main navigation menu
Brivic links the work of writers such as Flann O’Brien, Patrick McCabe, and Anne Enright to the theories of Alain Badiou.

"An exciting and challenging rereading of contemporary Irish fiction, and especially of its relation to earlier Irish high modernism."—Enda Duffy, professor of English, University of California, Santa Barbara

"An addition to existing scholarship on the Irish novel, deepening our knowledge of the form and extending the ways in which it can be approached."—Derek Hand, author of A History of the Irish Novel

"This hearty volume on 20th-century Irish literature has an intriguing thesis: Brivic argues that the principal authors of this period deployed notions of hell and damnation as forces of subversion and freedom against the authoritarian rule of both church and state. Recommended."—Choice

In Irish fiction, the most famous example of the embrace of damnation in order to gain freedom—politically, religiously, and creatively—is Joyce’s Stephen Dedalus. His “non serviam,” though, is not just the profound rebellion of one frustrated young man, but, as Brivic demonstrates in this sweeping account of twentieth-century Irish fiction, the emblematic and necessary standpoint for any
artist wishing to envision something truly new. Revolutionary fervor is what allowed a country with a population lower than that of Connecticut to produce so many of the greatest writers of the twentiety century.

Because Irish culture was largely dictated by the Catholic Church and its conservatism, the most ambitious Irish writers, like Joyce, Beckett, and the ten others Brivic presents here, saw the advantages of damnation and seized them, rejecting powerful norms of church, state, and culture, as well as of literary form, voice, and character, to produce some of the most radical work of the twentieth century. Brivic links the work of writers such as Flann O’Brien, Patrick McCabe, and Anne Enright to the theories of Alain Badiou. His mathematical procedure for distinguishing what is truly innovative informs the progressive political and philosophical thrust that these writers at their best carry on from Joyce and Beckett to unfold a fierce tradition that extends into the twenty-first century.

Sheldon Brivic is professor of English at Temple University. He has published widely on modernism
and literary history and is known especially for his work on Joyce. He is the author of numerous books, including Joyce through Lacan and Žižek: Explorations. 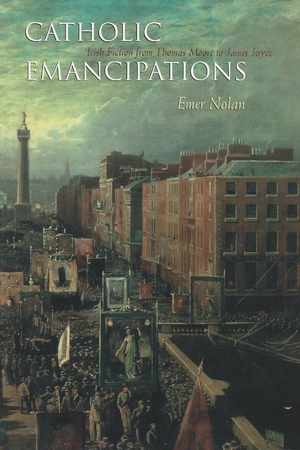 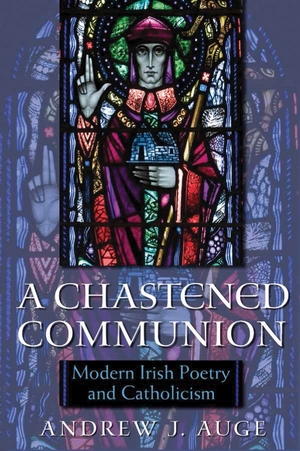