"The continuing fascination with Gilmore Girls . . . suggest just how much there is to the show, and the essays in this collection mine much of this territory quite well."—The Complete Review

Bringing together seventeen original essays by scholars from around the world, Screwball Television offers a variety of international perspectives on Gilmore Girls. Adored by fans and celebrated by critics for its sophisticated wordplay and compelling portrayal of a mother-daughter relationship, this contemporary American TV program finally gets its due as a cultural production unlike any other, one that is beholden to Hollywood’s screwball comedies of the 1930s, steeped in intertextual references, and framed as a “kinder, gentler kind of cult television series” in this tightly focused yet wide-ranging collection.

This volume makes a significant contribution to television studies, genre studies, and women’s studies.
Screwball Television seeks to bring Gilmore Girls more fully into academic discourse not only as a topic worthy of critical scrutiny but also as an infinitely rewarding text capable of stimulating the imagination of students beyond the classroom.

David Scott Diffrient is Professor of Film and Media Studies in the Department of Communication Studies at Colorado State University. His articles have been published in Cinema Journal, Historical Journal of Film, Radio, and Television, Journal of Film and Video, New Review of Film and Television Studies, Quarterly Review of Film and Video, and other journals. He is the author of Omnibus Films: Theorizing Transauthorial Cinema and the co-author of Movie Migrations: Transnational Genre Flows and South Korean Cinema.

David Lavery was the author of more than one hundred published essays, chapters, and reviews, he was author, coauthor, editor, or coeditor of several published books, including Late for the Sky: The Mentality of the Space Age, Full of Secrets: Critical Approaches to "Twin Peaks", "Deny All Knowledge": Reading "The X-Files", Fighting the Forces: What's at Stake in "Buffy the Vampire Slayer", Teleparody: Predicting/Preventing the TV Discourse of Tomorrow, Reading "The Sopranos": Hit TV from HBO, "Lost"'s Buried Treasures, and Finding "Battlestar Galactica". 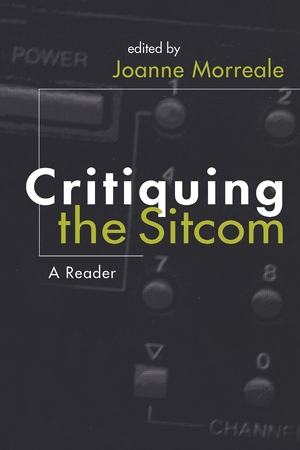