Skip to content
Main navigation menu
An entertaining and informative guide to the major creators of televisual art who have emerged over the past forty-five years.

"The forces behind the shows we all remember and some we all forgot are freshly illuminated in this study of prime time movers and shakers. . . . This book is a fine springboard for further, in-depth studies of TV history."—Library Journal

"Profiles more than 24 producers and writers of contemporary television genres. . . . Pays respect to the various authors who have shaped television shows for the past four decades."—The Washington Post Book World

"This is a compulsively readable look at producers and writers who have left their personal stamp on dramas, comedies, soaps, and documentaries. . . . The authors are keenly attuned to how hits and duds reflect changing social mores."—Publishers Weekly

From dominant performers such as Jackie Gleason and Carol Burnett to powerhouse producers such as Norman Lear and Steven Bochco, this book reviews the stories and styles of the most important architects of the airwaves. Milton Berle brought a “hellzapoppin'” vaudeville aesthetic to TV. Gleason used it as an autobiographical medium. Red Skelton was the classic clown from the heartland. Paul Henning, who created, wrote, and produced The Beverly Hillbillies, was himself a kid from Missouri who grew up to become a millionaire in Los Angeles. Norman Lear modeled Archie Bunker after his own cantankerous father. Steven Bochco productions, such as Hill Street Blues and L.A. Law, made TV watching respectable for yuppies. Authors David Marc and Robert J. Thompson are the most outspoken proponents of the auteur argument. Covering a broad spectrum of TV programming formats, from old-time variety shows to sitcoms, from action/adventure shows to documentaries, from gameshows to soap operas, they challenge the tastes and interests of television viewers—a group roughly equivalent to the American population at large.

David Marc is the author of Leveling the Playing Field: The Story of the Syracuse Eight.

Robert J. Thompson is an American educator and media scholar. 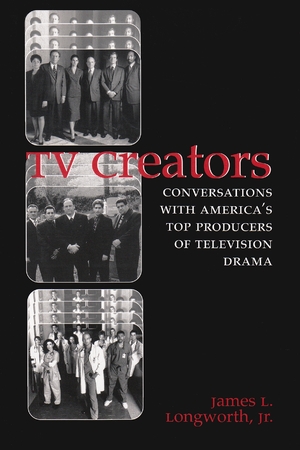