"Both specialists and nonspecialists will profit from this coherent and surprisingly detailed account of Irish pilgrimage from the earliest period down to the present. . . . Harbison's achievement ranks among the very best works written on pilgrimage anywhere."—The Journal of Religion

"This fine book clearly has a mission, to achieve high scholarly standards while at the same time encouraging a 'lay' readership. It achieves this goal in very handsome fashion."—Eire-Ireland

"A fascinating quest. . . . This is the kind of theoretical book which only a writer who has spent a lifetime investigating the actual places and monuments can undertake."—The Irish Independent

"This is a thought-provoking book by one of our foremost scholars of Irish antiquities."—Sunday Independent

The landscape of Ireland is rich with ancient carved stone crosses, tomb-shrines, Romanesque churches, round towers, sundials, beehive huts, Ogham stones and other monuments, many of them dating from before the 12th century. The purpose and function of these artifacts have often been the subject of much debate. Peter Harbison proposes in this book a radical hypothesis: that a great many of these relics can be explained in terms of ecclesiastical pilgrimage.

He has constructed a fascination theory about the palace of pilgrimage in the early Christian period, placing it right at the center of communal life. The monuments themselves make much better sense if it looked at in this light—as having come into existence not through the practices of ascetic monks but because of the activities of pilgrims.

He begins by searching the historical sources in detail for evidence of early pilgrimage sites. By examining their monuments he projects the findings to other locations where pilgrimage has not been documented. He goes on to describe monument-types of every kind and to identify pilgrims in sculpture surviving from before AD 1200.
The Dingle Peninsula in Kerry proves to be a microcosm of pilgrimage monuments, enabling the author to reconstruct a tradition of maritime pilgrimage activity up and down the west coast of Ireland. Indeed, the famous medieval traveler’s tale of the fabulous voyage of the St Brendan the Navigator can now be seen as the literary expression of a longstanding maritime pilgrimage along the Atlantic seaways of Ireland and Scotland, reaching Iceland, Greenland, and even North America.

Peter Harbison is an archaeologist, art historian, and author of a numerous number of works on Ireland's heritage in stone. He is the editor of Ireland of the Welcomes and author of two major works of Irish scholarship: Guide to the National and Historic Monuments of Ireland and The High Crosses of Ireland. His most recent book is Irish High Crosses: With the Figure Sculptures Explained. 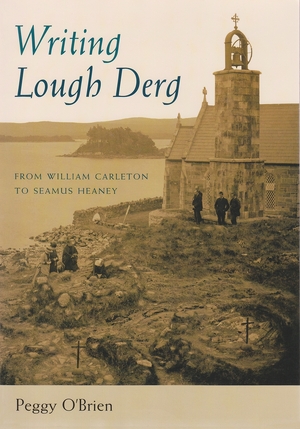