Skip to content
Main navigation menu
Drawing on more than one hundred personal interviews, Greene has crafted a highly readable work on the history of Syracuse University.

"A window into a period of national history that saw a radical transformation of higher education. [Greene] has an excellent sense of how to tell a good story. . . . This is no small triumph."—James Roger Sharp, Historian

Drawing on more than one hundred personal interviews—including Chancellors Corbally and Eggers, and the current chancellor, Kenneth A. Shaw—historian John Robert Greene has crafted a highly readable work on the history of Syracuse University. This volume, the fifth in the series, focuses on the administrations of John Corbally (1969-71) and Melvin A. Eggers (1971-91).

Corbally came into office during a sweeping national student revolt and the black power and civil rights movements. He faced a series of crises in rapid succession. In February, after two short years, Corbally resigned.

Greene shows how Melvin Eggers, building upon Chancellor William Tolley’s success and the administrative improvements begun under Corbally, stewarded Syracuse University through its economic crisis to establish it as one of the leading institutions in the country.

Greene examines Eggers’s management style, his financial plan, his physical and academic expansion of the university’s undergraduate institutions, and the financing and building of the Carrier Dome. He provides a compelling account of student life and controversies during the late sixties, the seventies, and the eighties, and details the growing importance of sports for the university.

John Robert Greene is professor of history and communication at Cazenovia College, where he has taught since 1979, and lectures at Syracuse University's University College. His previous books include Syracuse University: The Tolley Years; The Crusade: The Presidential Election of 1952; and The Limits of Power: The Nixon and Ford Presidencies. 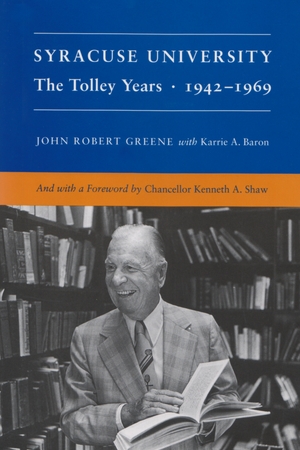 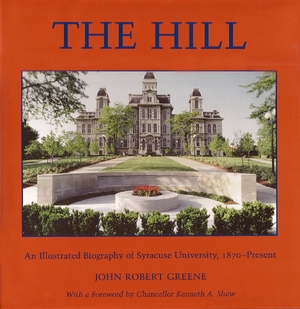 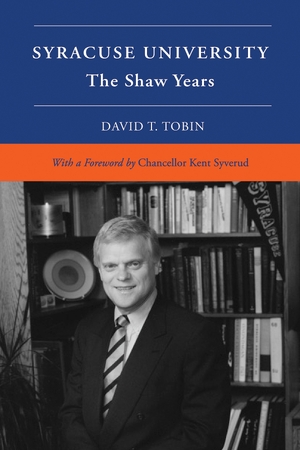