"Buehler has produced a strong, insightful and well-written book packed with original and fascinating evidence on opposition alliances in North Africa. He makes important theoretical and methodological contributions thanks to his systematic theory, well-rounded evidence and the additional step taken to the subnational level, moving beyond a strong national-level analysis."—Journal of North African Studies

"Buehler’s book constitutes a strong contribution to the scholarly literature on North African politics....Appropriate for advanced undergraduates and required reading for graduate seminars on the Maghreb, Why Alliances Fail is written accessibly and directly, and will hopefully inspire more colleagues to expand our expectations of North African research."—International Journal of Middle East Studies

"Theoretically informed, empirically nuanced, and based on years of field work, this book is a model for political scientists engaged in comparative, multi-country studies."—Bruce Maddy-Weitzman, Tel Aviv University

"Buehler skillfully shifts the debates about moderation to focus on the emergence and durability of seemingly unlikely alliances during periods of political change. His typology of cooperation between Islamists and Leftists across national, labor, and urban domains significantly advances our understanding of the conditions that encourage and impinge the formation of opposition alliances strong and durable enough to challenge authoritarian regimes."—Jillian Schwedler, Hunter College and The Graduate Center, CUNY

Since 2011, the Arab world has seen a number of autocrats, including leaders from Tunisia, Egypt, Libya, and Yemen, fall from power. Yet, in the wake of these political upheavals, only one state, Tunisia, transitioned successfully from authoritarianism to democracy. Opposition parties forged a durable and long-term alliance there, which supported democratization. Similar pacts failed in Morocco and Mauritania, however. In Why Alliances Fail, Buehler explores the circumstances under which stable, enduring alliances are built to contest authoritarian regimes, marshaling evidence from coalitions between North Africa’s Islamists and leftists. Buehler draws on nearly two years of Arabic fieldwork interviews, original statistics, and archival research, including interviews with the first Islamist prime minister in Moroccan history, Abdelilah Benkirane. Introducing a theory of alliance durability, Buehler explains how the nature of an opposition party’s social base shapes the robustness of alliances it builds with other parties. He also examines the social origins of authoritarian regimes, concluding that those regimes that successfully harnessed the social forces of rural isolation and clientelism were most effective at resisting the pressure for democracy that opposition parties exerted. With fresh insight and compelling arguments, Why Alliances Fail carries vital implications for understanding the mechanisms driving authoritarian persistence in the Arab world and beyond.

Matt Buehler is a Global Security Fellow at the Howard H. Baker Jr. Center for Public Policy and an assistant professor of political science at the University of Tennessee. 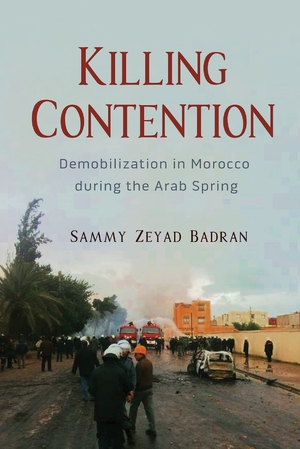