"Explores the symbiotic relationship between television and this largely misunderstood age group, and offers true facts on cast and creators of hit shows including The Brady Bunch, Seinfeld, and My So-Called Life. Includes instructions for the Melrose Place drinking game, and a chapter on the role of the Internet on today's television shows."—Book News

"A well-structured, well-researched foray into the minds and motivations of today's Generations X, depending on your definition—between twenty-something and thirty-something. . . . Owen traces the major program influences in the lives of 'slackers' (young couch potatoes) and other Gen Xers and details their influence
on television."—Emmy

"Those with a strong interest in the social aspects of the medium as well as avid TV viewers will find some illuminating food for thought here on contemporary culture."—Library Journal

No generation eludes definition as much as Generation X. Rob Owens opens with a history of network and cable television since the birth of Generation X, but goes on to explore the symbiotic relationship between television and this largely misunderstood age group. From the first megahit The Brady Bunch to today’s Friends, Owen unflinchingly describes the boob tube as the ubiquitous babysitter for millions of young people. Television, Owen maintains, consumes innocence as viewers encounter countless episodes of society’s woes, from political strife and environmental decimation to everyday violence and crime.

Rob Owen was a radio and television columnist at the Albany Times Union in Albany, New York and features writer at the Richmond Times-Dispatch in Richmond, Virginia. His articles have also appeared in the now-defunct NetGuide magazine. 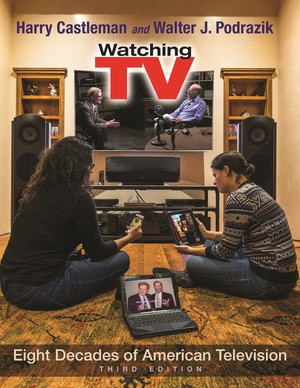