Skip to content
Main navigation menu
A collection of short stories by a master Yiddish writer whose work inspired Fiddler on the Roof.

"During their lifetimes, Sholem Aleichem and Mark Twain were often compared; in Gorelick's colloquial translation, some of the earliest of these monologues . . . might easily have been written by Twain."—The New York Times Book Review

The author of classic Yiddish novels and short stories, Sholem Aleichem—best known for having inspired the popular play, Fiddler on the Roof, evokes the voices of Yiddish speakers in these monologues written between 1901 and 1916. In each piece, a man or a woman comes forward to tell the story. The implied listeners—a rabbi, a doctor, or the author himself—says virtually nothing. Aleichem pretends to have transcribed these private performances for the reader’s benefit.

Sholem Aleichem created the original Tevye the Dairyman of Broadway and Hollywood fame.

Ken Frieden is B. G. Rudolph Professor of Judaic Studies at Syracuse University. 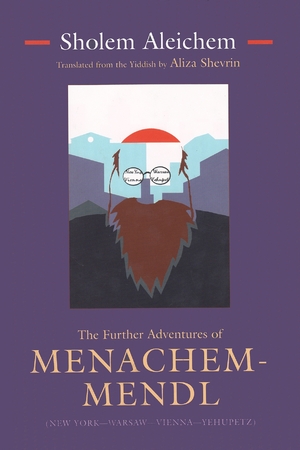