Skip to content
Main navigation menu
Winner of the Harold U. Ribalow Prize from Hadassah Magazine

"In this brutally candid, semiautobiographical novel, Gerber again (as in King of the World ) corrosively delineates the heinous abuses inflicted in the name of love, and a victim's ambivalence toward her abuser. . . . Her wry purity of style packs psychological dynamitee.""—Publisher Weekly

"Gerber explores the tensions and angers that bind families. The story is told from the perspective of a young girl, Issa, from age three through high school. An astute observer, Issa learns unintended lessons, especially from her self-centered mother. While her mother verges on being a caricature of evil and anger, the strength of this work is in the clarity of Issa's vision. Her thoughts and perceptions reveal the bitterness hovering at the edges of life. With dark humor and compassion, Issa struggles with the need to belong and to be loved. From the descriptions of neighborhood girls to the death of her grandmother, Issa's voice captures the essence of growing up."—Library Journal

Merrill Joan Gerber is a prize-winning novelist and short story writer. Among her novels are The Kingdom of Brooklyn, winner of the Ribalow Award from Hadassah Magazine, Anna in the Afterlife, chosen by the Los Angeles Times as a “Best Novel of 2002” and King of the World, which won the Pushcart Editors’ Book Award. Her stories and essays have appeared in The New Yorker, The Atlantic, Mademoiselle, The Sewanee Review, and elsewhere. 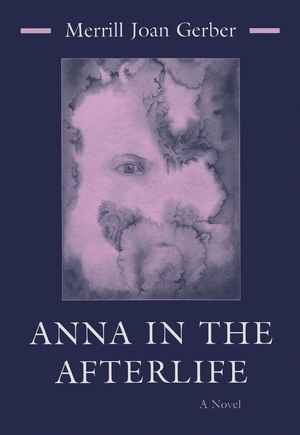 Anna in the Afterlife