Skip to content
Main navigation menu
Shows how state transportation interests, land speculating companies, and national defense policies led to the displacement of the Iroquois in New York between the American Revolution and the middle nineteenth century.

"Conspiracy is an appropriate word to describe what went on in the state of New York during the first half of the 19th century. As early as the 1790s, politicians coordinated efforts with entrepreneurial groups to separate the Six Nations of the Iroquois League from their tribal lands. . . . Hauptman, a recognized authority on the Iroquois, continues where his earlier books left off, and he especially draws attention to the questionable 'state treaties' of the 1780s and 1790s. With a critical eye on the documentary evidence and an artful pen for relating the story, he brings the complicated tale to a level that can be understood and appreciated by a broad reading audience."—Choice

The period between the American Revolution and the middle nineteenth century dramatically changed New York State and the Iroquois. Upstate metropolises—Utica, Syracuse, Rochester, and Buffalo—were founded and soon witnessed a phenomenal growth, making New York State one of the fastest-growing regions in the country. This development led to the displacement of the Iroquois. Initially, state officials attempted to force the Indians west. In his book, Laurence M. Hauptman shows how state transportation interests, land speculating companies, and national defense policies worked to undermine the Iroquois. When forced removal of the Indians failed, Albany officials pushed for jurisdiction over the Indians, including attempts to tax them.

Hauptman goes beyond simply recounting the tragedy that befell the Indians in New York. He includes memoirs and letters of gazetteers, travelers’ accounts, tribal records, personal correspondence, and Indian petitions to Albany and Washington—eloquent documents that reveal a rich culture in crisis.

Laurence M. Hauptman is State University of New York Distinguished Professor of History at SUNY New Paltz. He is author of many books including The Iroquois in the Civil War: From Battlefield to Reservation, The Iroquois and the New Deal, and The Iroquois Struggle for Survival: World War II to Red Power, each published by Syracuse University Press. In 1997 he received an award of commendation from the Seneca Nation for his expert testimony that contibuted to congressional legislation in the Seneca-Salamanca controversy. In 1987 and again in 1998, Hauptman received the Peter Doctor Memorial Indian Scholarship Foundation Award for distinguished service in his research and writing on American Indians. 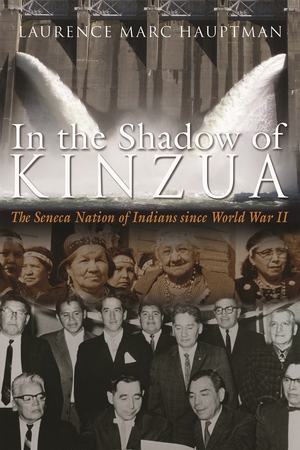 In the Shadow of Kinzua 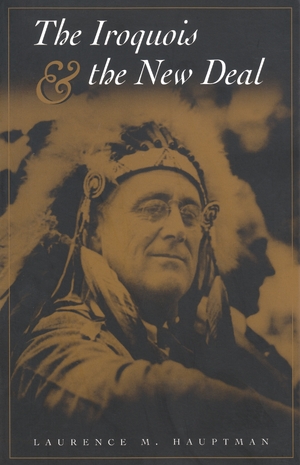 The Iroquois and the New Deal 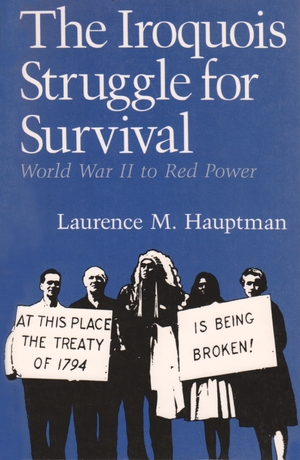 The Iroquois Struggle for Survival