Skip to content
Main navigation menu
The first exhaustive treatment of Eastern European Jewish music tracing its roots from biblical times through its zenith in the nineteenth century to its decline in the late twentieth century.

Sholom Kalib has taken on the crucial task of collecting, analyzing, and systematically presenting in over 160 examples a magnificent tradition to future generations of cantors, scholars of Jewish music, and music enthusiasts worldwide.

Traditionally, this body of music was a source of great strength, stability, and inspiration to Eastern European Jews amid the uncertainties and upheavals of-their everyday lives. With this volume the author reacquaints acculturated Jews with a vital and largely unknown part of their heritage. Comprehensive in breadth and scope, the book will serve as a standard scholarly reference for musicians, cantors, and musicologists.

Sholom Kalib, professor of music theory and literature at Eastern Michigan University, began his career as a cantor at age eleven. He is an established author and composer. 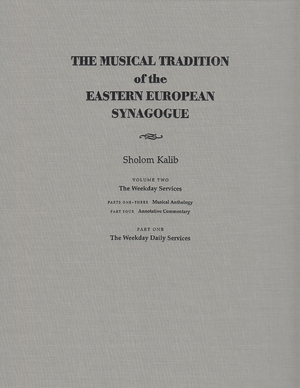 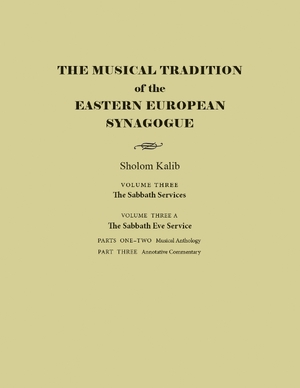