Skip to content
Main navigation menu
Examines the TV sitcom in terms of its treatment of gender, family, class, race, and ethnic issues.

This is the first anthology that examines the TV sitcom in terms of its treatment of gender, family, class, race, and ethnic issues. The selections range from early shows such as I Remember Mama (George Lipsitz’s “Why Remember Mama? The Changing Face of a Woman’s Narrative”) to the more recent Roseanne (Kathleen Rowe Karlyn’s “Roseanne: Unruly Woman as a Domestic Goddess”). The volume also looks unflinchingly at major controversies; for example, the NAACP boycott of the stereotypical yet wildly popular Amos ‘n’ Andy and the queer reading of Laverne and Shirley.

These diverse essays constitute a veritable history of postwar American mores. Some are classic, some forgotten, but all indicate the importance of considering text and subtext (social, historic, industrial) in the critical study of television. A final chapter by Joanne Morreale bids sitcoms adieu with the “cultural spectacle of Seinfeld’s last episode.”

Introduction: On the Sitcom

I. Why Remember Mama? The Changing Face of a Woman's Narrative

2. Amos 'n' Andy and the Debate over American Racial Integration

3. Situation Comedy, Feminism, and Freud: Discourses of Gracie and Lucy

4. Returning from the Moon: Jackie Gleason and the Carnivalesque

7. From Gauguin to Gilligan's Island

8. "Is This What You Mean by Color TV?" Race, Gender, and Contested Meanings in Julia

9. The Mary Tyler Moore Show: Women at Home and at Work

11. Where Everybody Knows Your Name: Cheers and the Mediation of Cultures


Part Five: Television in the 1990s and Beyond

14. The Triumph of Popular Culture: Situation Comedy, Postmodernism, and The Simpsons

Joanne Morreale is associate professor in the Communications Studies Department at Northeastern University. She is the author of The Presidential Campaign Film: A Critical History and A New Beginning: A Textual Frame Analysis of the Political Campaign Film. 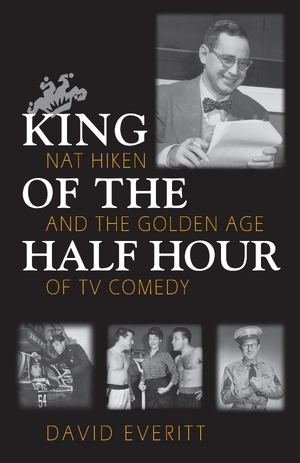 King of the Half Hour