Skip to content
Main navigation menu
A clear presentation of a hidden social danger, all too often ignored in our health care debates and avoided in our political contests.

"The idiom, imagery, and technology of medicine have been taken over by politics and society, says longtime dissident psychiatrist Szasz, and that has essentially broadened and weakened the concept of disease. Bureaucrats have supplanted pathologists, and bioethicists have obfuscated the scientific approach. Szasz emphasizes the resultant dangers, especially those stemming from the forceful social influence of psychiatry and the burgeoning domain of mental illness. The current biopsychosocial image of illness is a regression, he says, not an advance. Mental illnesses in general don't have solid physical causes and therefore should not be seen as scientifically diagnosable, researchable, and treatable conditions. But the powerful and often insidious propaganda of drug companies, mental illness proponents, politicians, and recent surgeons general routinely infects legislation, the public press, and even the major medical journals. Szasz's quotable style, thoughtful delving beneath the surface, and often striking analogies should once again stimulate vigorous discussion in several fields."—Booklist

"Plenty of health-care professionals and politicians will disagree with Szasz's definition of disease and his condemnation of the modern 'pharmacracy,' but no reader can put down this book without having been disturbed, provoked and challenged to see the American medical profession in a new light."—Publishers Weekly

The modern penchant for transforming human problems into “diseases” and judicial sanctions into “treatments,” replacing the rule of law with the rule of medical discretion, leads to a type of government social critic Thomas Szasz calls “pharmacracy.” He warns that the creeping substitution of democracy for pharmacracyprivate personal concerns increasingly perceived as requiring a medical-political responseinexorably erodes personal freedom and dignity.

Thomas Szasz is professor emeritus of psychiatry at State University of New York Upstate Medical University in Syracuse. His books include The Manufacture of Madness: A Comparative Study of the Inquisition and the Mental Health Movement; The Meaning of Mind: Language, Morality, and Neuroscience; and Fatal Freedom: The Ethics and Politics of Suicide, all published by Syracuse University Press. 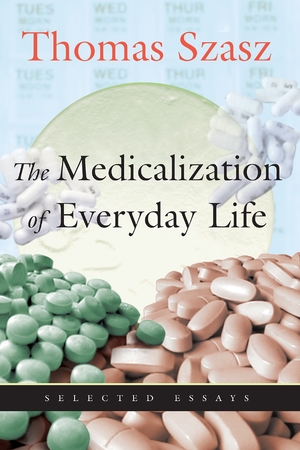 The Medicalization of Everyday Life 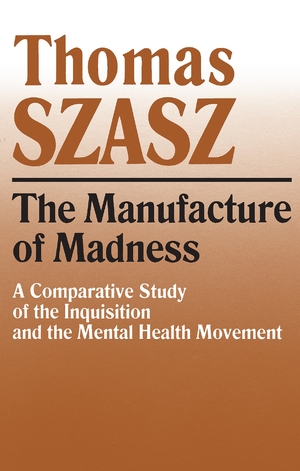 The Manufacture of Madness 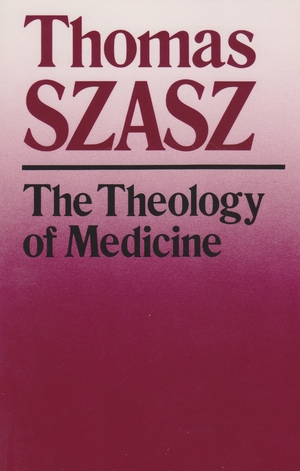 The Theology of Medicine