Skip to content
Main navigation menu
A polemical response to the controversy about drug use and drug criminalization.

"Szasz is not a debunker. He is a psychiatrist with moral integrity and a sense of history."—Terence Tanner, The Tablet

"One of the most thought-provoking books that I have ever read."—John B. Hart, senior professor of physics, Xavier University

"This is not just another drug book. . . . From the early chapters on the ancient Greek sacrifices of scapegoats called pharmakos, through the discovery of the term 'drug addiction' in twentieth century America, to the helpful appendix prepared as a chronology of man's drug history, Szasz takes the reader through a religious scenario as imaginatively symbolic and insightfully analytic as any morality play can be."—Ronald K. Siegel, Contemporary Psychology

"Szasz restores the human world of purpose and choice, of right and wrong. Szasz has shown how the 'mentally ill' are simply another instance of the age-old practice engaged in by societies to enhance their cohesion at the cost of individual dignity and rights-the scapegoating of stigmatized groups. . . . Against the current of a culture that would deny it."—Ralph Raico, Laissez Faire Books

Responding to the controversy surrounding drug use and drug criminalization, Thomas Szasz suggests that the “therapeutic state” has overstepped its bounds in labeling certain drugs as “dangerous” substances and incarcerating drug “addicts” in order to cure them. Szasz shows that such policies scapegoat certain drugs as well as the persons who sell, buy, or use them; and ‘misleadingly pathologize the “drug problem” by defining disapproved drug use as “disease” and efforts to change the behavior as “treatment.” Readers will find in Szasz’s arguments a cogent and committed response to a worldwide debate.

Thomas Szasz is professor emeritus of psychiatry at the State University of New York Upstate Medical University in Syracuse. The author of more than six hundred articles and twenty-eight books, he is widely recognized as the leading critic of the coercive interventions employed by the psychiatric establishment. His books include Law, Liberty, and Psychiatry: An Inquiry into the Social Uses of Mental Health Practices; The Manufacture of Madness: A Comparative Study of the Inquisition and the Mental Health Movement; Our Right to Drugs: The Case for a Free Market; and Pharmacracy: Medicine and Politics in America. 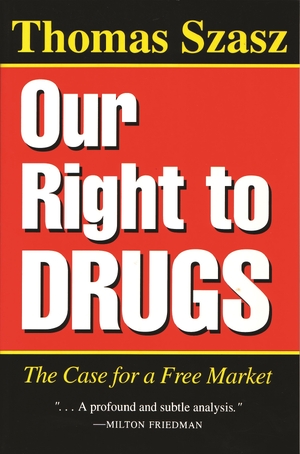 Our Right to Drugs 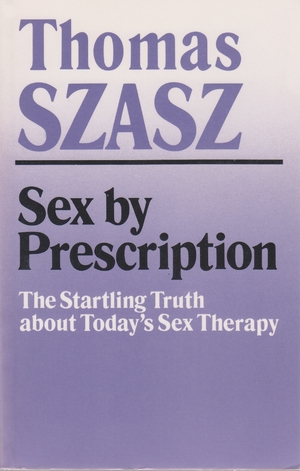 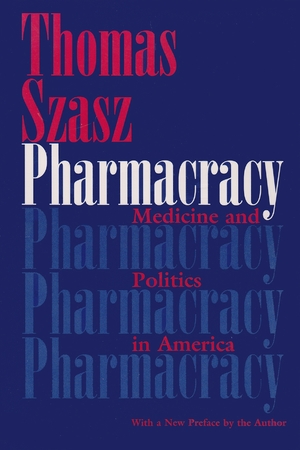