Skip to content
Main navigation menu
The extraordinary story of a 20th century woman, Claire Myers Owens’s life and fiction lay bare the all-too common struggle for women: how to balance the desire for traditional relationships and security with a strong drive for independence.

"Friedman does an excellent job of telling the story of an extraordinary woman, Claire Myers Owens—a model, as Friedman states, of ‘selfdefined womanhood,’ who was as passionate to define herself in old age as she was in youth."—Carol Kolmerten, author of The American Life of Ernestine L. Rose

"Friedman brings the fascinating life of Claire Myers Owens to light. This rich history of a white, middleclass, privileged southern woman who left home and traditional ways behind at age 20 for adventures in New York examines her prolific writings as a ‘New Woman’ as well as her late-in-life search for spiritual meaning in Zen Buddhism."—Sara Alpern, author of Freda Kirchwey: A Woman of “The Nation”

"Introduces readers to an early twentieth-century woman who might have been more at home in our time than her own, a literary mystic and idiosyncratic scholar who left a deep impression on those who knew her. Now we can know her, too."—Southwestern Historical Quarterly

Growing up in a conservative, middle-class family in Texas, Claire Myers Owens sought adventure and freedom at an early age. At twenty years old, she left home and quickly found a community of like-minded free spirits and intellectuals in New York’s Greenwich Village. There Owens wrote novels and short stories, including the controversial novel The Unpredictable Adventure: A Comedy of Woman’s Independence, which was banned by the New York Public Library for its “risqué” content. Drawn to ideals of selfactualization and creative freedom, Owens became a key figure in the Human Potential Movement along with founder Abraham Maslow and Aldous Huxley, and became an ardent follower of Carl Jung. In her later years, Owens devoted her life to the practice of Zen Buddhism, moving to Rochester, NY, where she joined the Zen Center and studied under Roshi Philip Kapleau. She published her final book, Zen and the Lady, at the age of eighty-three.

Friedman’s rediscovery of Owens brings well-deserved attention to her little known yet extraordinary life and passionate spirit. Drawing upon autobiographies, letters, journals, and novels, Friedman chronicles Owens’s robust intellect and her tumultuous private life and, along the way, shows readers what makes her story significant. With very few role models in the early twentieth century, Owens blazed her own path of independence and enlightenment.

Miriam Kalman Friedman is the editor of The Unpredictable Adventure: A Comedy of Woman’s Independence and Rape, Incest, Battery: Women Writing Out the Pain. 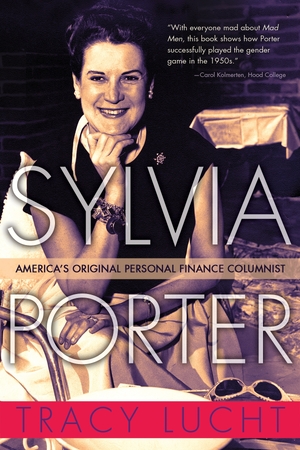