"One of Ireland’s foremost contemporary women writers, Eavan Boland, opined in her memoir Object Lessons that Irish poetry is ‘male and bardic in formation.’ Pelan echoes Boland’s view that Irish traditions, both literary and political, have left little space for women. Pelan responds with this primer about the emergence of women’s radical fiction in both the Republic of Ireland and Northern Ireland between 1970 and the mid-1990s. Drawing connections with the emergence of the women’s movement in Ireland, she looks at how the literature of women in both Irelands responds to ideologies and mythologies. Women writers in both regions tend to adopt realism and a central female protagonist in their fictions. However, Republic and Northern Ireland women’s literatures differ in that the former more often responds to the strictures of the Catholic Church in its alliance with the new Irish state, whereas the latter emphasizes the working class and community activism. The book includes an extensive bibliography of primary and secondary sources. . . . Highly recommended."—Choice

In this compelling work, Rebecca Pelan analyzes religion, region, class, and national and ethnic identity as crucial contexts in shaping feminist consciousness in the two Irelands, and compares the divergence of feminist perspectives to be found North and South of the border.

The very different histories of the North and South are reflected in their literature. While women in the Republic of Ireland have tended to write about social issuessexism, crime, unemployment, and domestic violencewomen in Northern Ireland focused on their society’s historical tension and primarily nationalist and unionist politics. However, Pelan maintains that feminist ideology has provided contemporary Irish women with an alternate political stance that incorporates gender and nationality/ethnicity and allows them to move beyond the usual binaries of politics, history, and languageIrish and English. In an analysis enriched by a sophisticated but accessible engagement with contemporary feminist and gender theory, Pelan concludes that Irish women’s writing, whether at the community or mainstream levelNorth or Southconsistently articulates political issues of direct relevance to the lives of Irish women today. As a result, such work retains close links with the initial impetus of the second wave of feminism as a political movement and questions the legitimacy of long-standing social, religious, and political conventions. From within the framework provided by this second wave, argues Pelan, Irish women can critique certain masculine ideologiesnationalist, unionist, imperialist, and capitalistwithout forfeiting their own sense of gender and national or ethnic identity.

The book’s significance lies in its placement of women’s writing in the center of contemporary political discourse in Ireland and in ensuring that the writing from this periodmuch of it long out of printcontinues to exist as sociological as well as literary records. It will be of interest to a general and scholarly audience, especially those in the fields of contemporary Irish writing, feminism, and literary history.

Rebecca Pelan is a senior lecturer and director of the Women's Studies Centre, National University of Ireland, Galway. 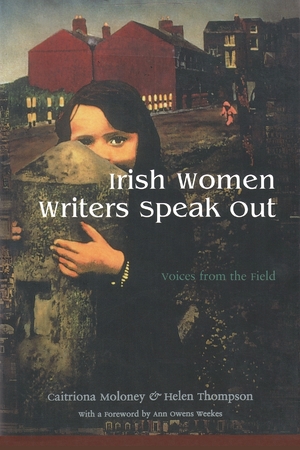