Skip to content
Main navigation menu
Explores the thought and career of the remarkable American Jewish thinker, Horace M. Kallen, revealing how his views on science, secularism, and religion made on impact.

"Kaufman traces the genealogy of Kallen’s thought and presents a nuanced and fluid understanding of his contributions. This careful and detailed study of Kallen’s complete oeuvre provides a relevant lens
for thinking about issues related to American pluralism and Jewish identity today."—Noam Pianko, University of Washington

"This book is without comparison the best biographic text on Kallen I have read. The author brings rich material from Kallen’s archive to the fore, and in the process, shows us important aspects of the struggle to define Jewish identity in America."—Jakob Egholm Feldt, Roskilde University, Denmark

"Finally we have a detailed study of the life and thought of Horace Kallen. Matthew J. Kaufman’s Horace Kallen Confronts America is distinguished by extensive use of archives rarely cited, and by a captivating and convincing account of Kallen’s fixation on the book of Job, to which this American Jewish philosopher turned at every stage of his life for personal renewal."—David A. Hollinger, University of California, Berkeley

"Matthew Kaufman has given us a revelatory, detailed account of a sorely neglected figure in the history of American Jewish life."—Jewish Review of Books

"A valuable study of a neglected thinker and writer. It should be in major academic Jewish studies collections and may be considered by other large Judaica libraries."—Association of Jewish Libraries Reviews

"Horace Kallen Confronts America is a highly readable, analytically engaged and valuable contribution toward our understanding of the American Jewish thinker who is credited with introducing concepts of group diversity in discourse about the meaning of democracy in America and of modern life in general."—American Jewish History

During his more than fifty-year writing career, American Jewish philosopher Horace Kallen (1882–1974) incorporated a deep focus on science into his pragmatic philosophy of life. He exemplified the hope among Jews that science would pave the way to full and equal integration. In this intellectual biography, Kaufman explores Kallen’s life and illuminates how American scientific culture inspired not only Kallen’s thought but also that of an entire generation. Kaufman reveals the ways in which Kallen shaped the direction of discussions on race, ethnicity, modernism, and secularism that influenced the American Jewish community. An ardent secularist, Kallen was also a serious religious thinker whose Jewish identity, as unique and idiosyncratic as it was, exemplifies the modern responsiveness to the moral ideal of “authenticity.” Kaufman shows how one man’s quest for authenticity contributed to a gradual shift in Jewish self-perception in America and how, in turn, his struggle led to America’s embrace of Kallen’s well-known term “cultural pluralism.”

Matthew J. Kaufman received a PhD in humanities from York University in Toronto and is a Reconstructionist rabbi. He has served Reconstructionist, Reform, and Conservative Jewish communities in the United States and in Canada for over twenty years. 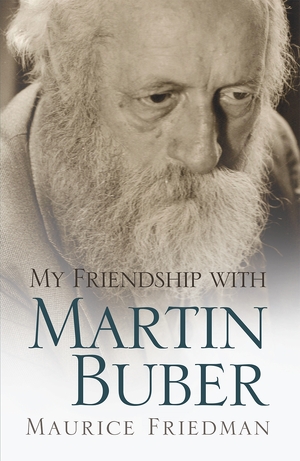 My Friendship with Martin Buber