In recent years the conflicts in Israel/ Palestine and Northern Ireland continue to oscillate between momentum for peaceful resolution and regression into new cycles of violence or political deadlock. To understand these shifts Guy Ben-Porat provides an in-depth analysis of the global environment and the profound effect it has on local conflicts. Because globalization affects localized social structures, institutions, and political divisions as well as international relationships between states and societies, it offers a unique perspective from which to examine the commonalities and differences between two regions laden with conflict.

Ben-Porat reveals how the complex and often contradictory characteristics of globalization both constrain and promote the peace processes in Israel/ Palestine and Northern Ireland. Drawing on scholarship in the field of globalization and on archival research, including interviews with leading businessmen involved in the peace process, Ben-Porat believes that a critical interrogation of the interface between economic interests and policy makers is central to an understanding of the complex relationship between globalization and peace. In clear and convincing arguments, this book presents an important and innovative approach to two of the world’s most intractable conflicts. 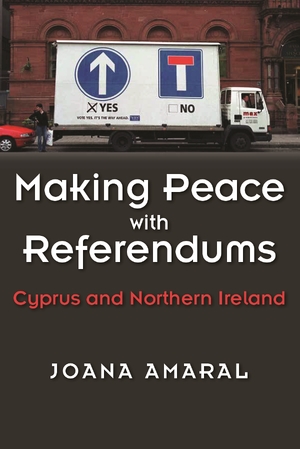